Introducing our debut edition with international street artist Gerada this Summer at Nelly Duff. Based on his iconic fragmented original paintings, this subtle and... 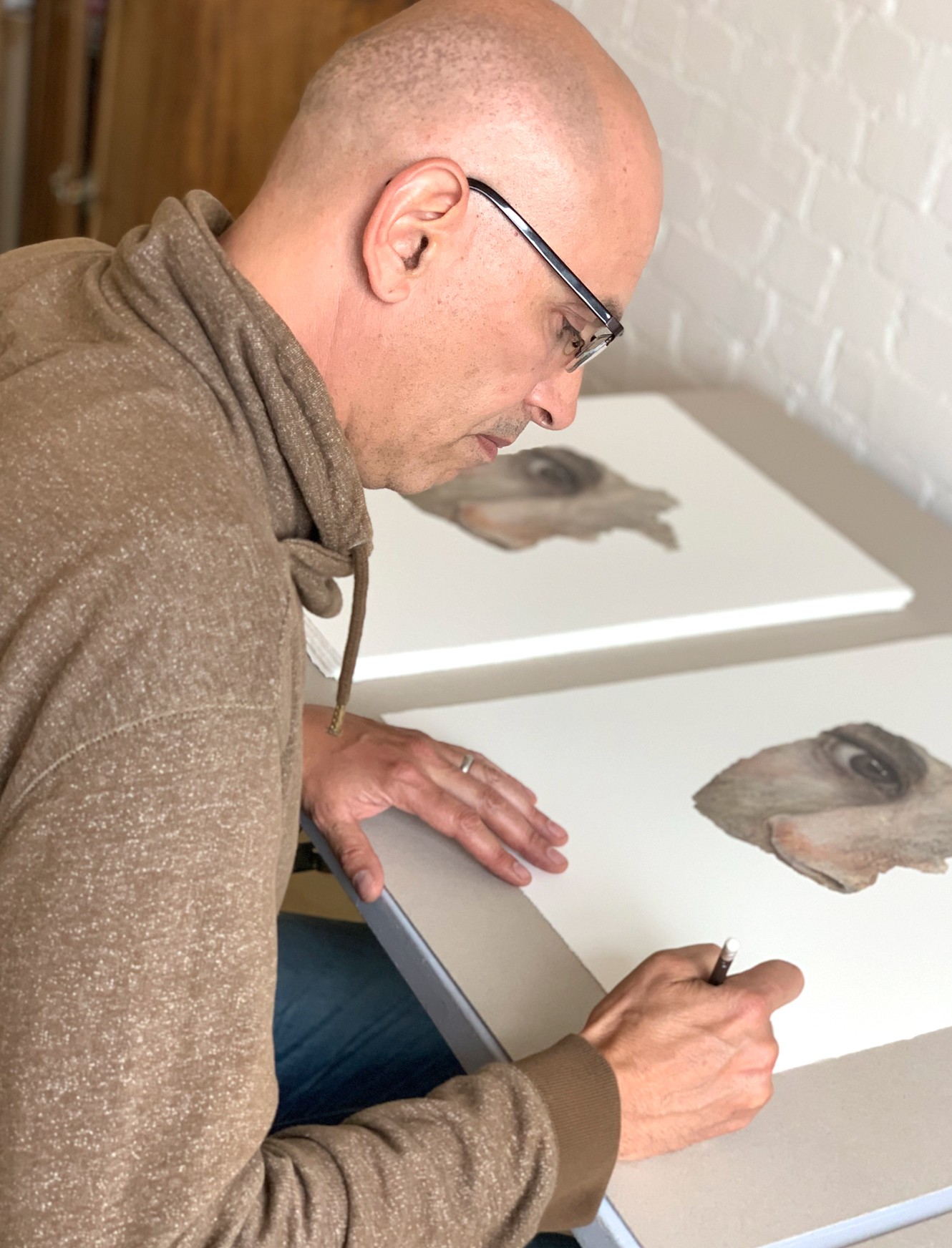 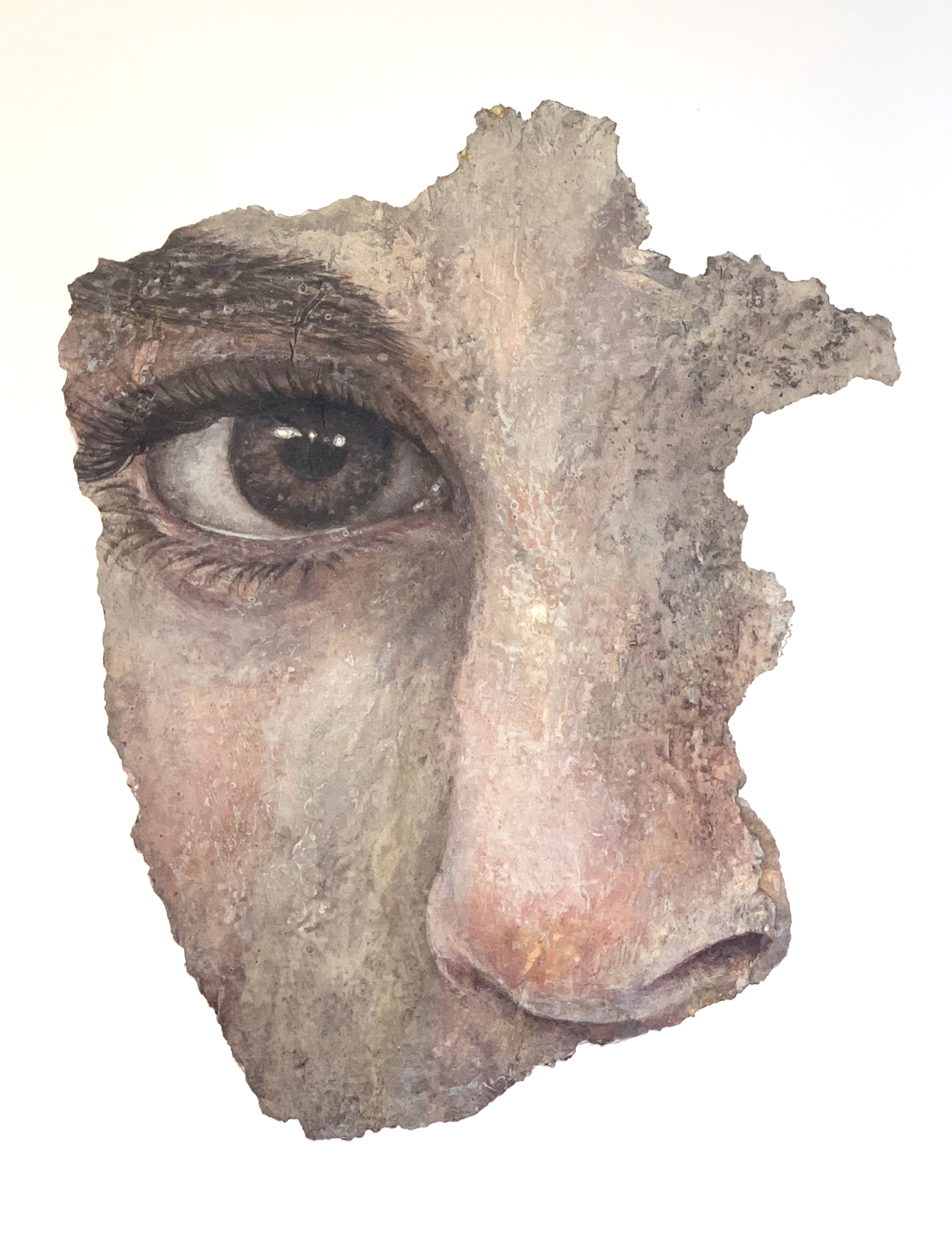 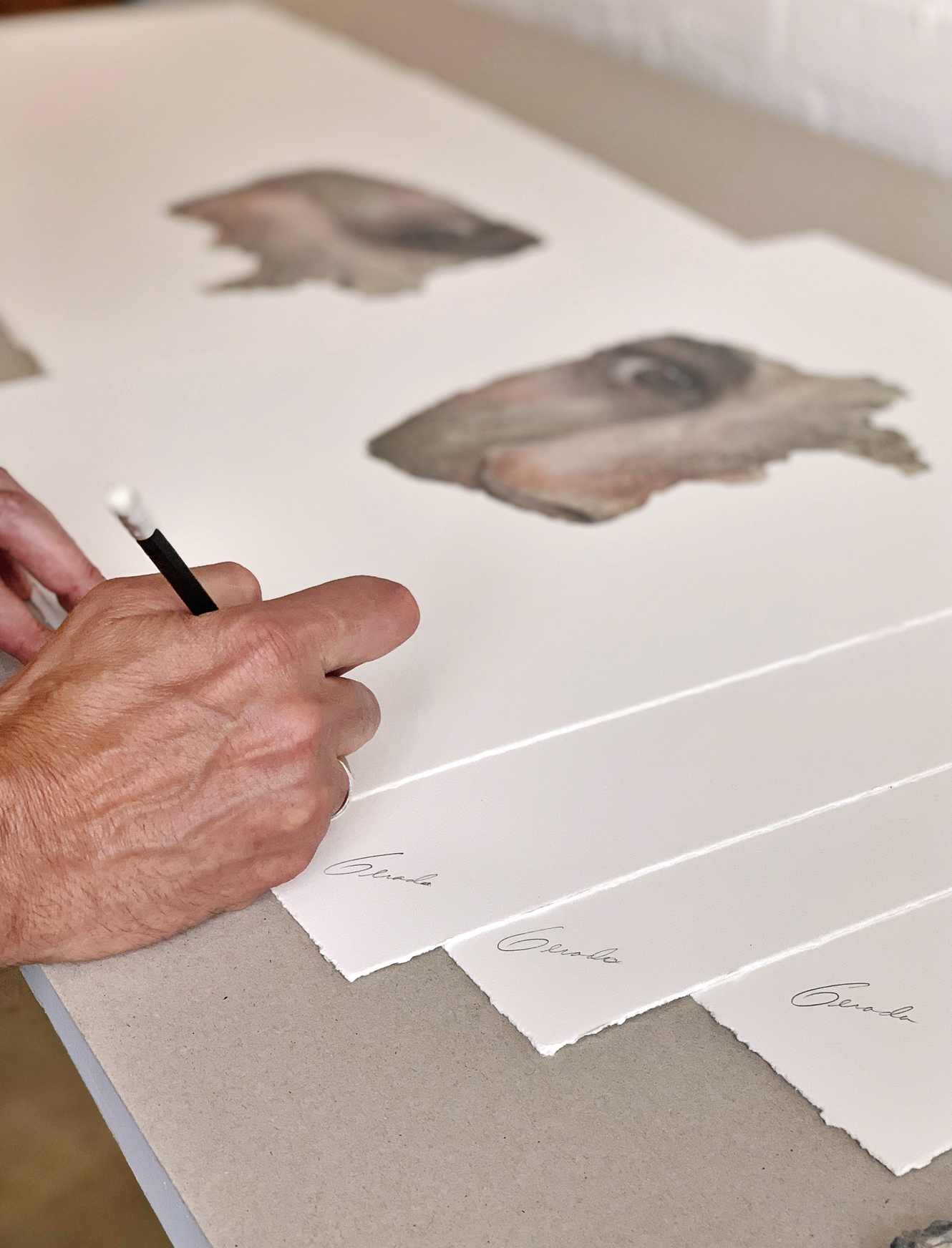 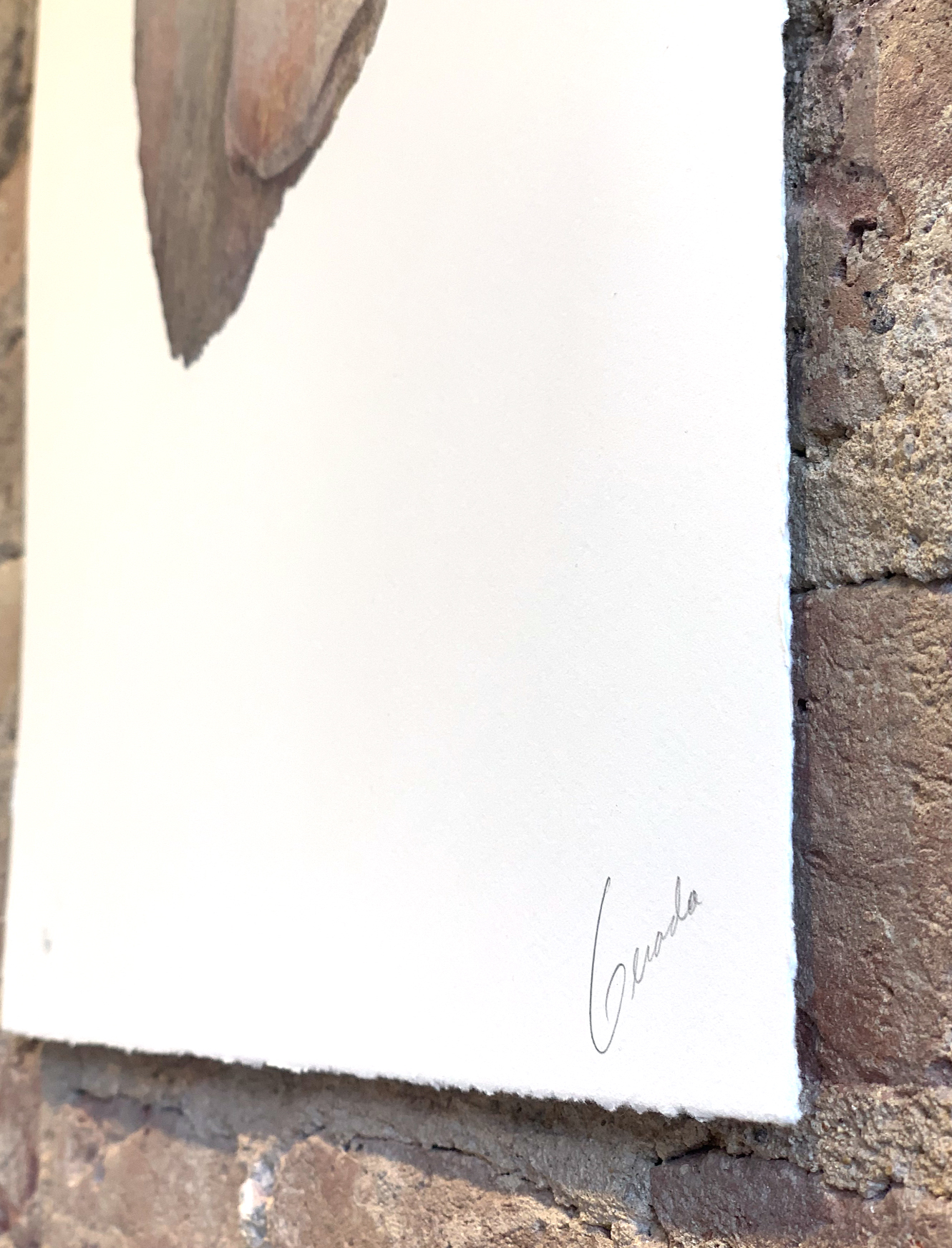 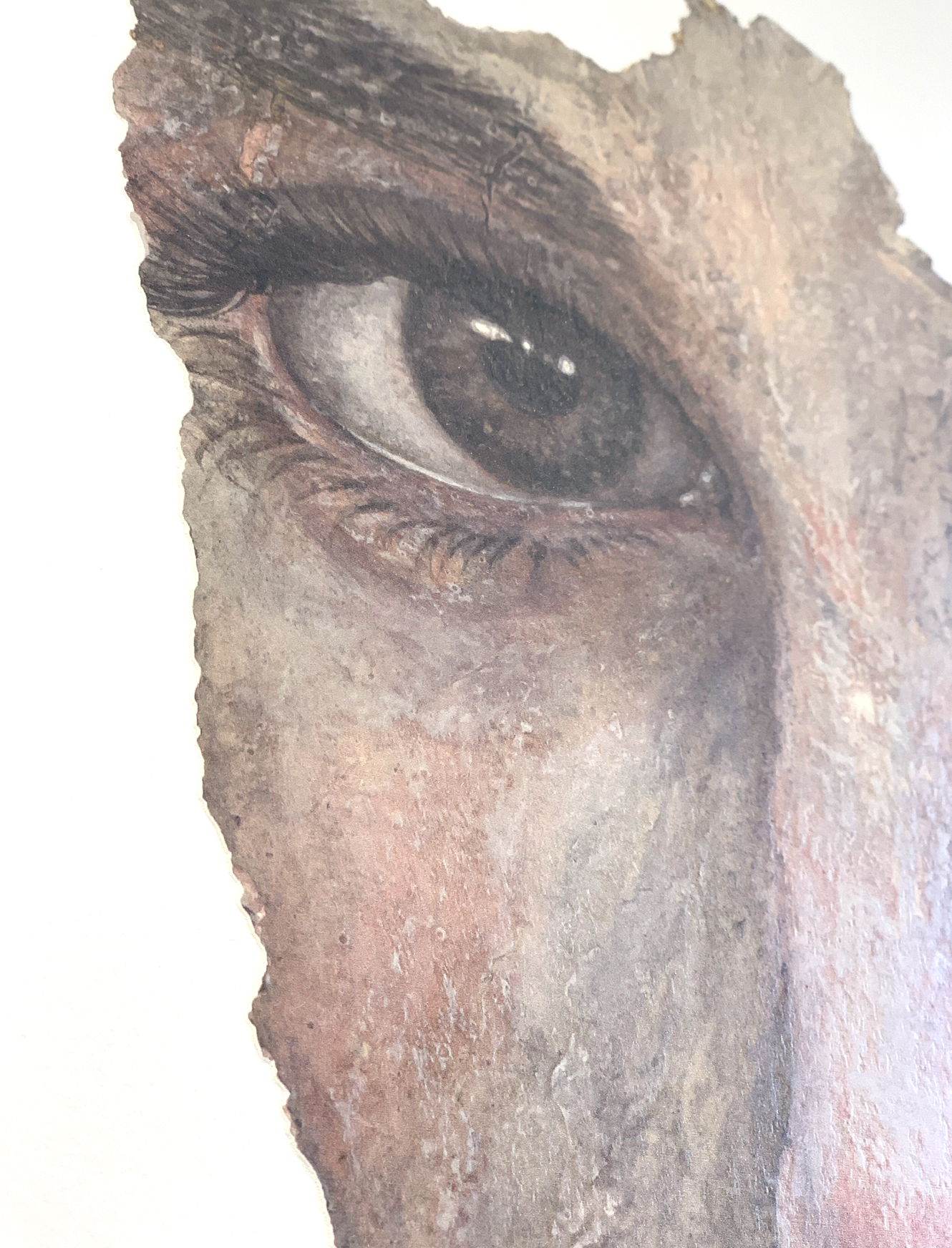 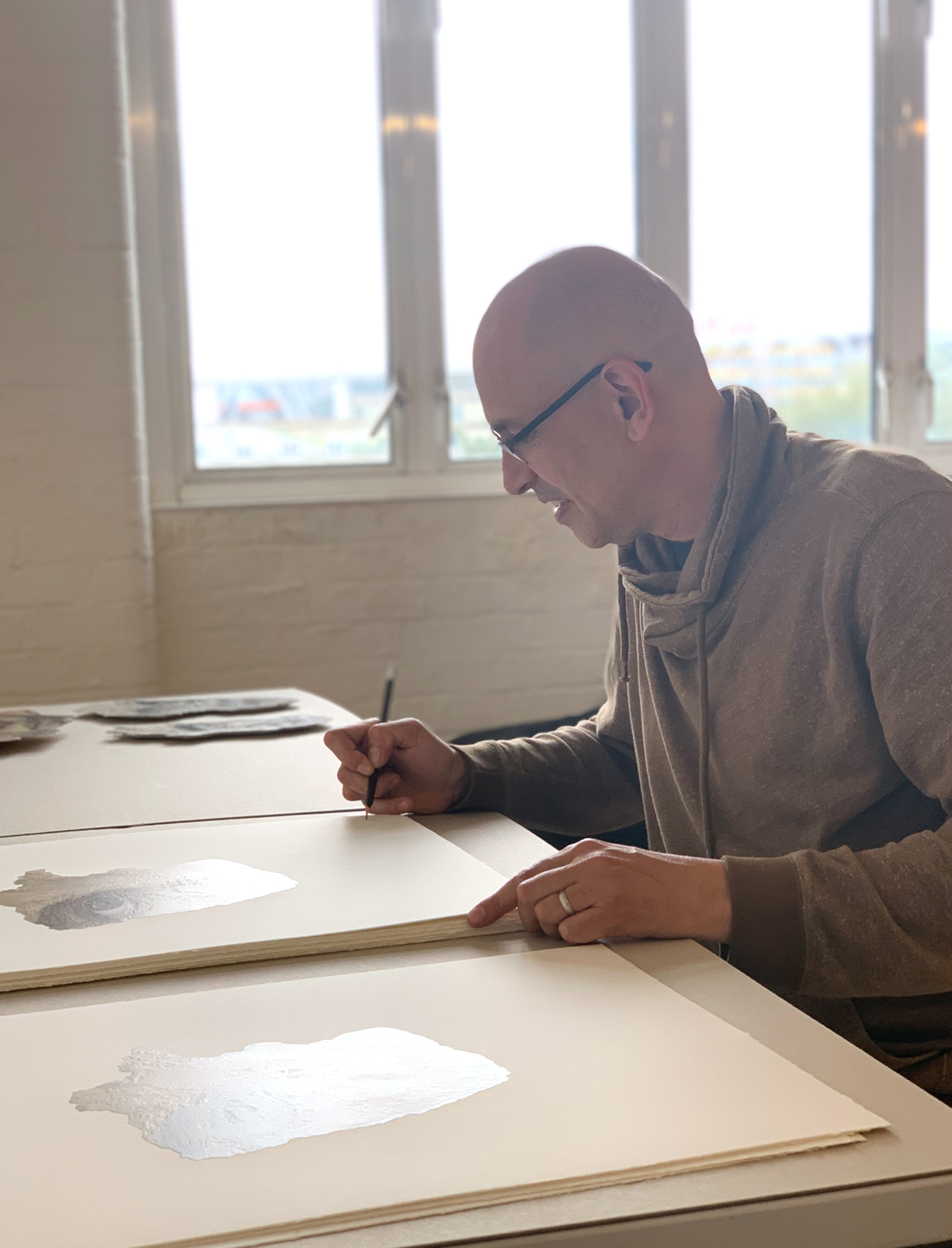 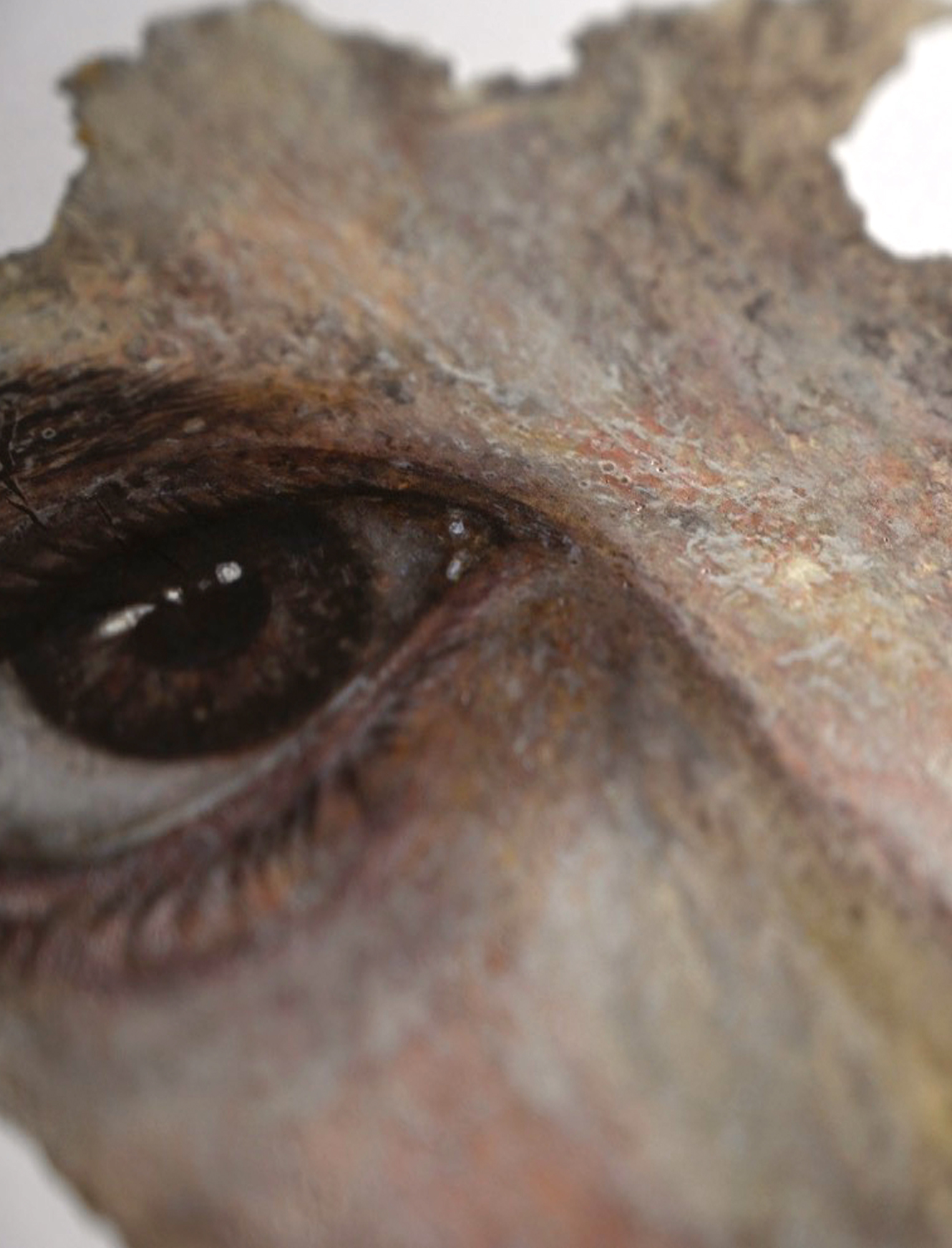 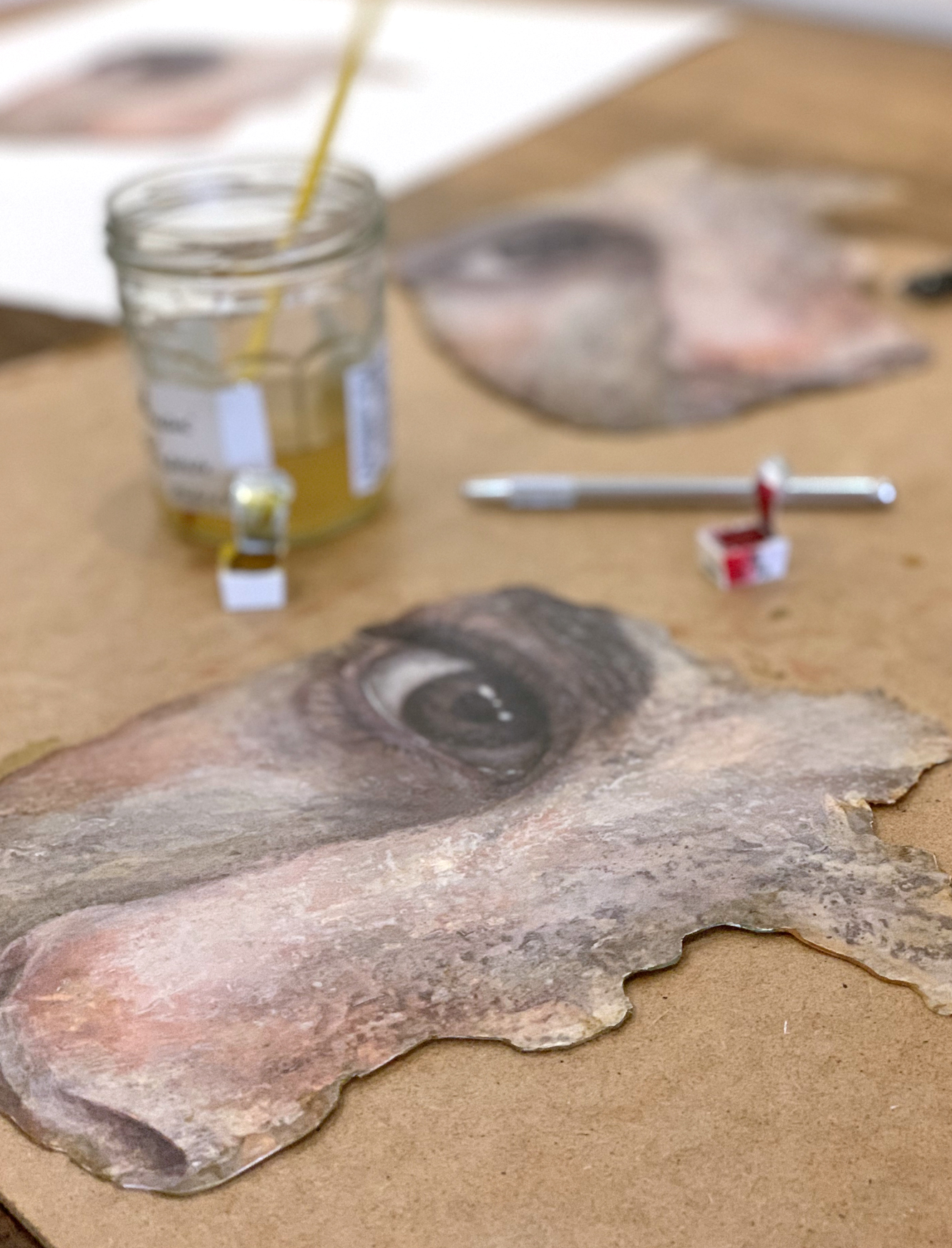 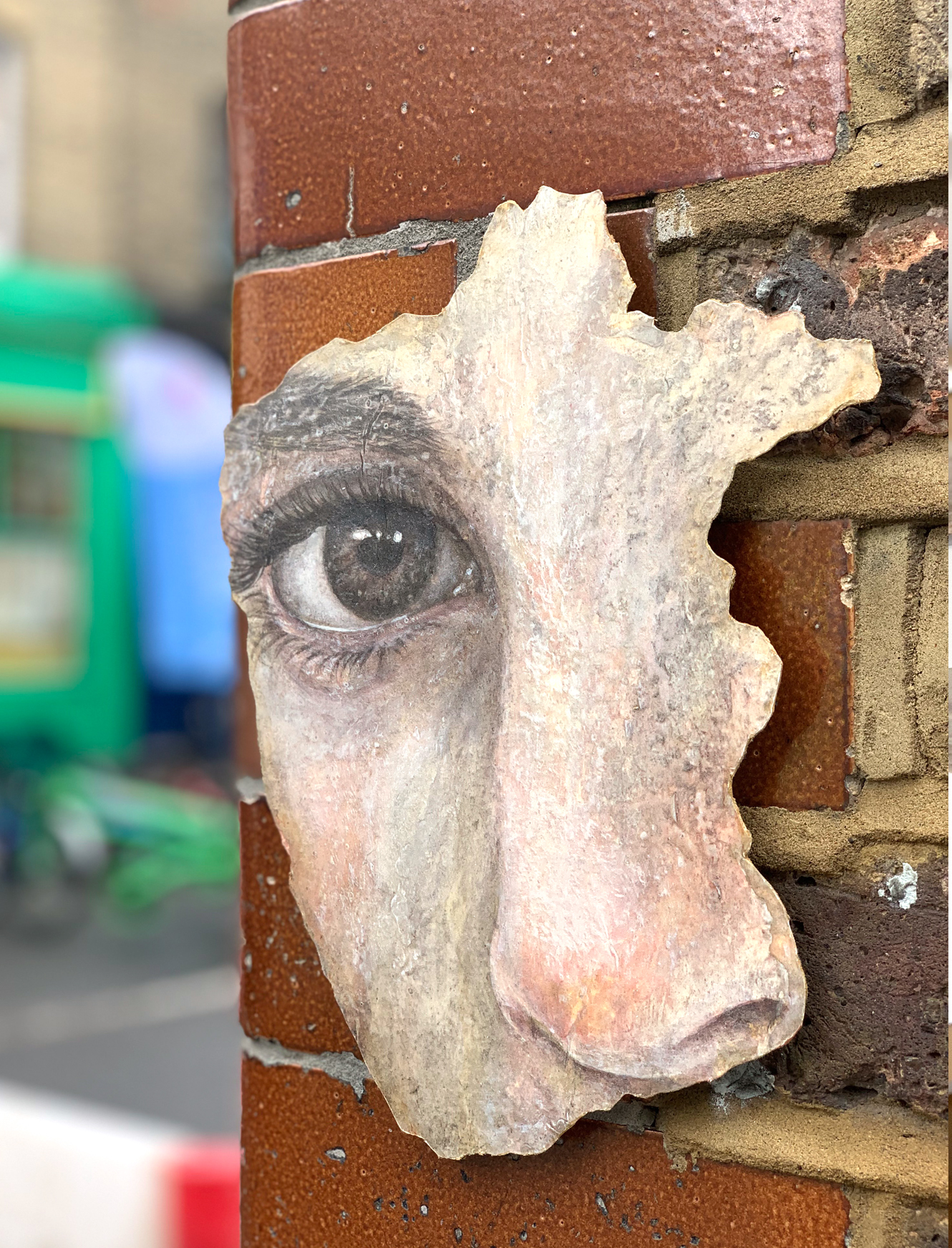 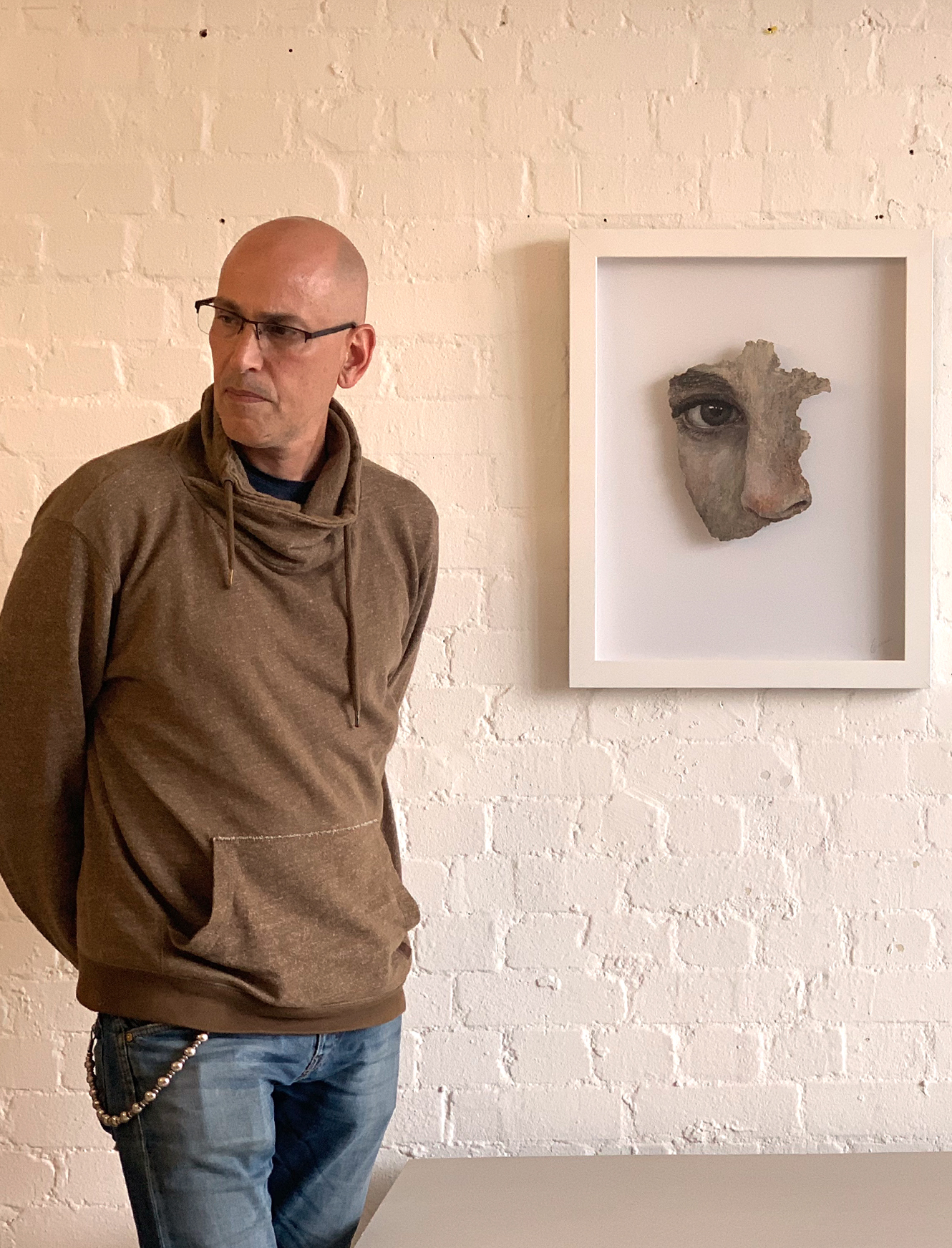 Gerada’s first published edition at Nelly Duff, ‘Ageless Innocence’ endeavours to encapsulate all the emotion and texture found in his original works. Printed with cutting edge flatbed technology and screen printed varnishes, ‘Ageless Innocence’ is not your average print. With raised varnishing and texture, it is almost as if each and every edition is a hand mounted-fragment of wall as Gerada’s original pieces are.

Based on an original work , Gerada finds texture and a unique canvas by tearing off sections of built up wall surfaces that often contain hundreds of layers of paint built up over tens to hundreds of years. Gerada then uses the unusual shape to dictate the placement of the face. The dichotomous relationship between the innocence of the childlike faces Gerada paints and the ancient, timeless nature of the wall surface creates a truly ageless piece that is as arresting as it is gently beautiful.

Each edition of ‘Ageless Innocence – Hand Cut’ is meticulously hand cut, sanded and finished with watercolour to create unique, hand made artworks that represent the individuality and craftsmanship that Gerada’s original works are created with. These delicate pieces are ready to be mounted directly into a frame, resulting in a finished piece that breaks the mould of standard printing and eschews traditional edition boundaries. 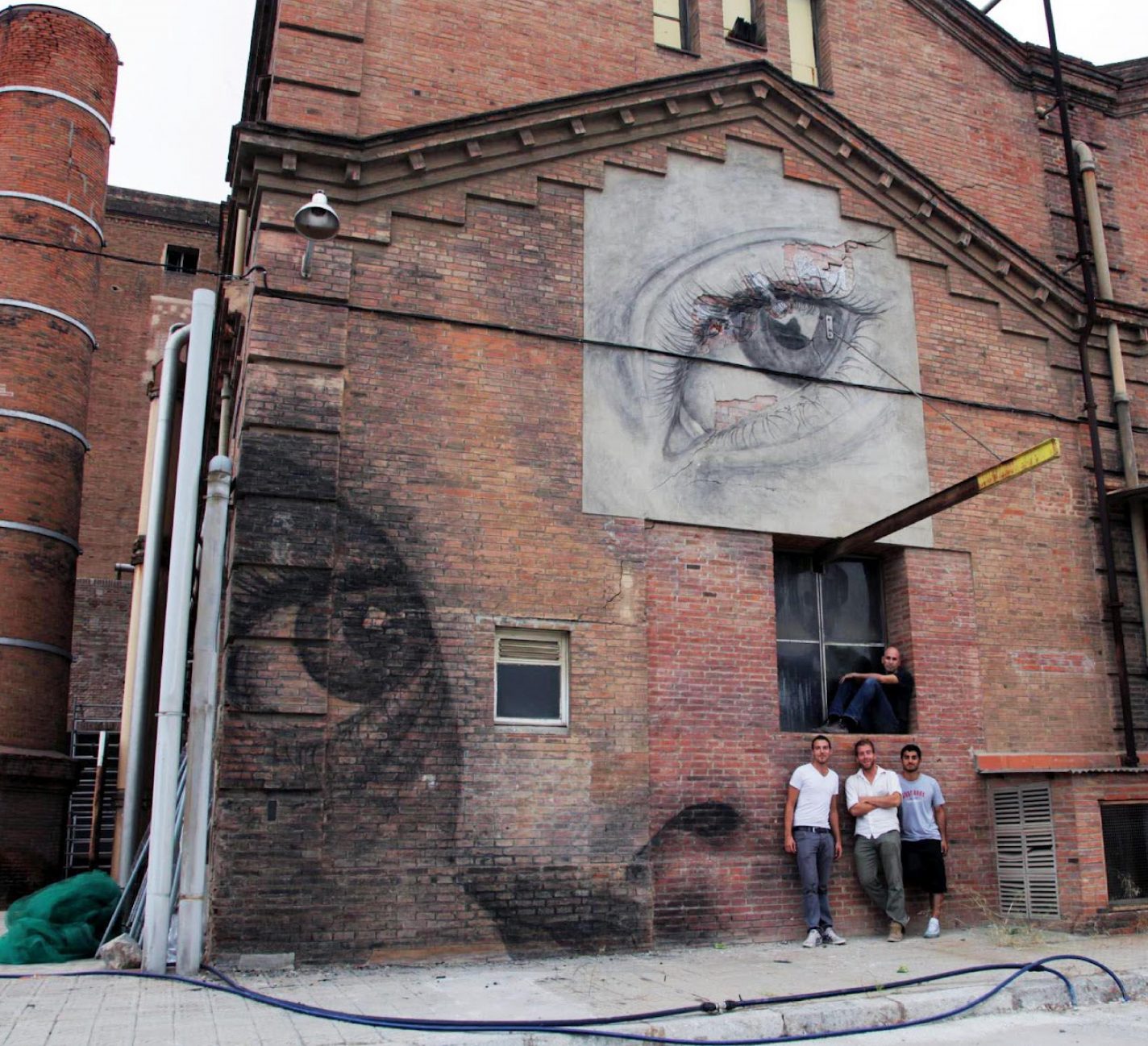 Cuban born Gerada has been making incredibly compelling, often large scale artworks internationally for the last thirty years. From vast, ephemeral charcoal drawings on buildings, to giant sand portraits of Barack Obama in Barcelona, Gerada’s focus on identity and it’s transitional nature (a refugee himself having moved as a child from Cuba to New Jersey with his family in 1970) results in deeply arresting, heartfelt works that have earned him international acclaim.

Stay up to date with all our newest releases

Other large-scale installations from Jorge Gerada: 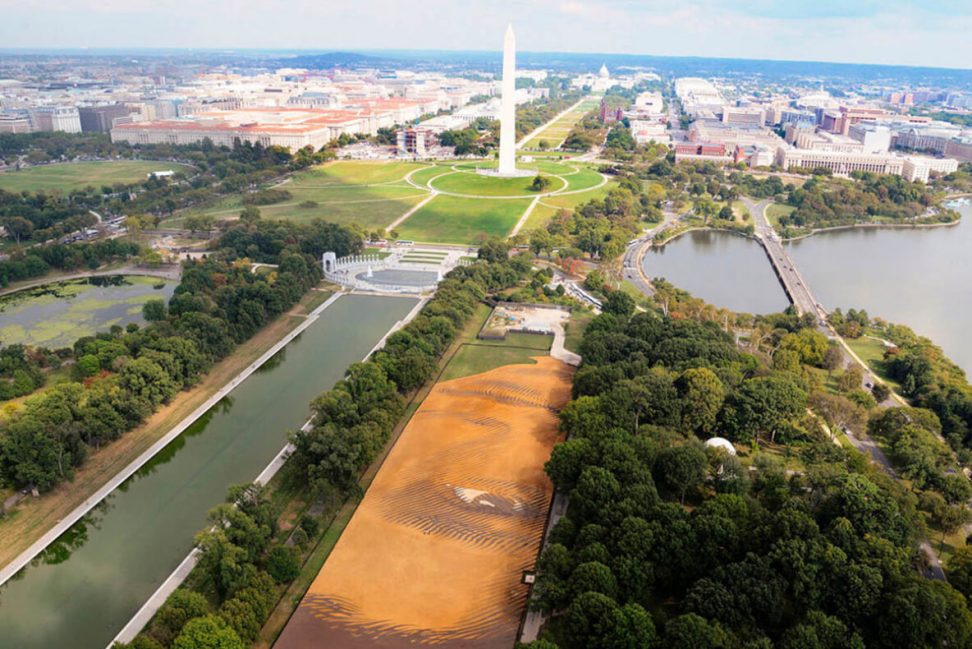 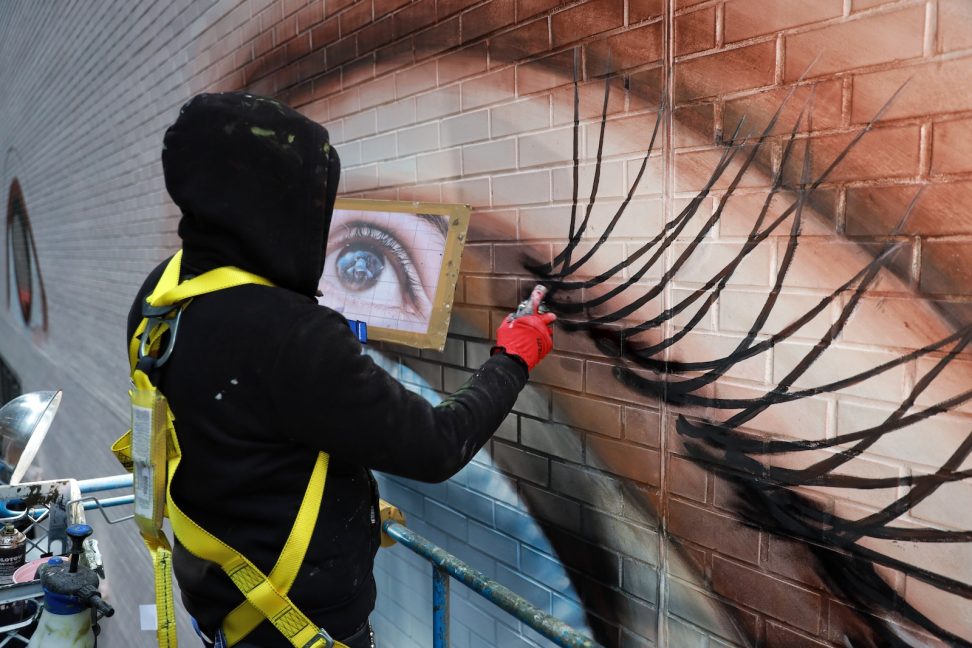