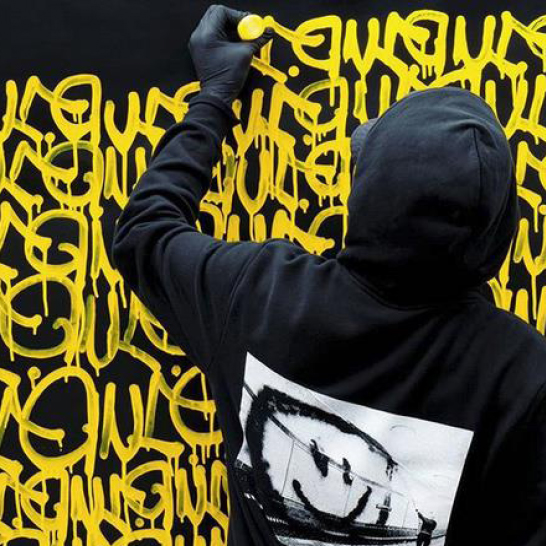 1UP hold the top spot as Europe’s most indisputably notorious graffiti crew, their reach extends all over the world. From Bangkok’s Ghost Tower to our very own Royal Oak pub here on Columbia road, to the crew, anything is fair game.  Bursting onto the scene in 2003, their membership is wide, and consistently anonymous, well you have to be when you have over 300 criminal complaints against you.

However, criminal activity aside, it is the group’s commitment, daring and sheer creativity in their tagging that has pushed them to the front of the international street art scene. From creating a fully functioning underwater artificial coral reef in the shape of their tag to promote awareness of ocean health and healthy coral growth, to tagging a half-sunken ship near the Greek bay of Elefsina on such a scale that you can see it on google earth (give it a go!) its no wonder the extensive and fiercely passionate crew have such a cult following.