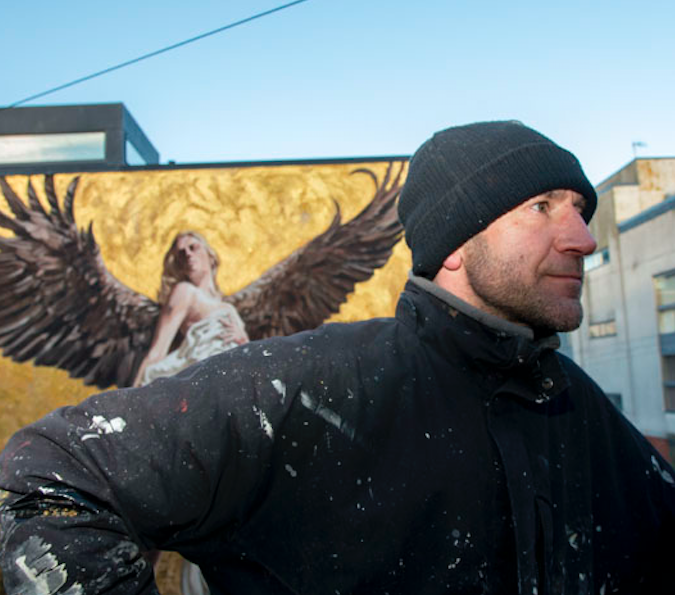 Cosmo Sarson first made the headlines with a controversial twenty-eight foot mural of a breakdancing Jesus. Since then, the street artist has been revisiting his now iconic image in a series of new works that transpose his work into a traditional gallery setting. Using a mix of traditional mediums and techniques such as oils, charcoals and etchings as well as print and spray paint, Cosmo’s style is interspersed with pixels and dragged paint, turning his classical subject matter into new urban myths and heroes.

A classically trained artist, he lists Hip Hop and skateboarding as key influences alongside the works of Caravaggio, Manet and Bacon. Cosmo’s graffiti and mural work has appeared in many feature films including World War Z, Children of Men, Edge of Tomorrow, Guardians of the Galaxy and The Avengers – Age of Ultron.