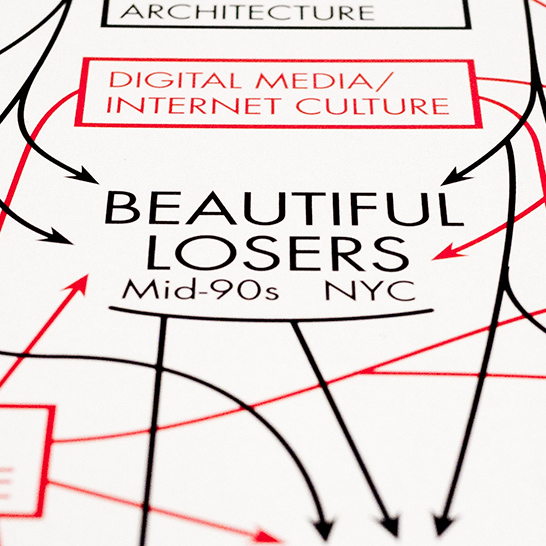 The Feral Diagram first appeared in the March 29, 2011 press release for the “Pantheon: A history of art from the streets of NYC” exhibition in the Donnell Library space, a stones throw from the MoMA in Manhattan. Writer and Curator Daniel Feral’s ingenious illustration of the development of the Graffiti & Street Art genre, alongside some of the major art movements of the past century has now gained an iconic status.