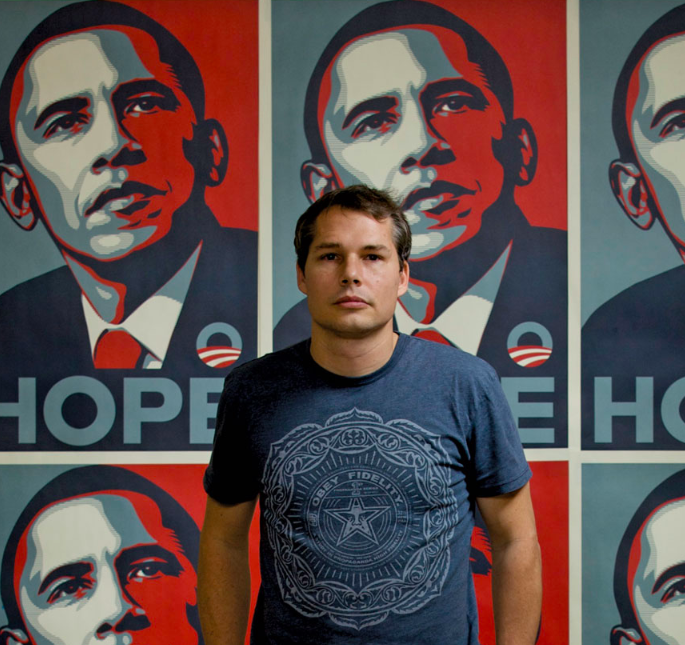 The obey campaign can be explained as an experiment in phenomenology. The aim of phenomenology is to reawaken a sense of wonder about one’s environment. The campaign attempts to stimulate curiosity and bring people to question both the campaign and their relationship with their surroundings. Because people are not used to seeing advertisements or propaganda, frequent and novel encounters with obey propaganda provoke thought and possible frustration, nevertheless revitalising the viewer’s perception and attention to detail.

Why Shepard Fairey?
View all Artwork