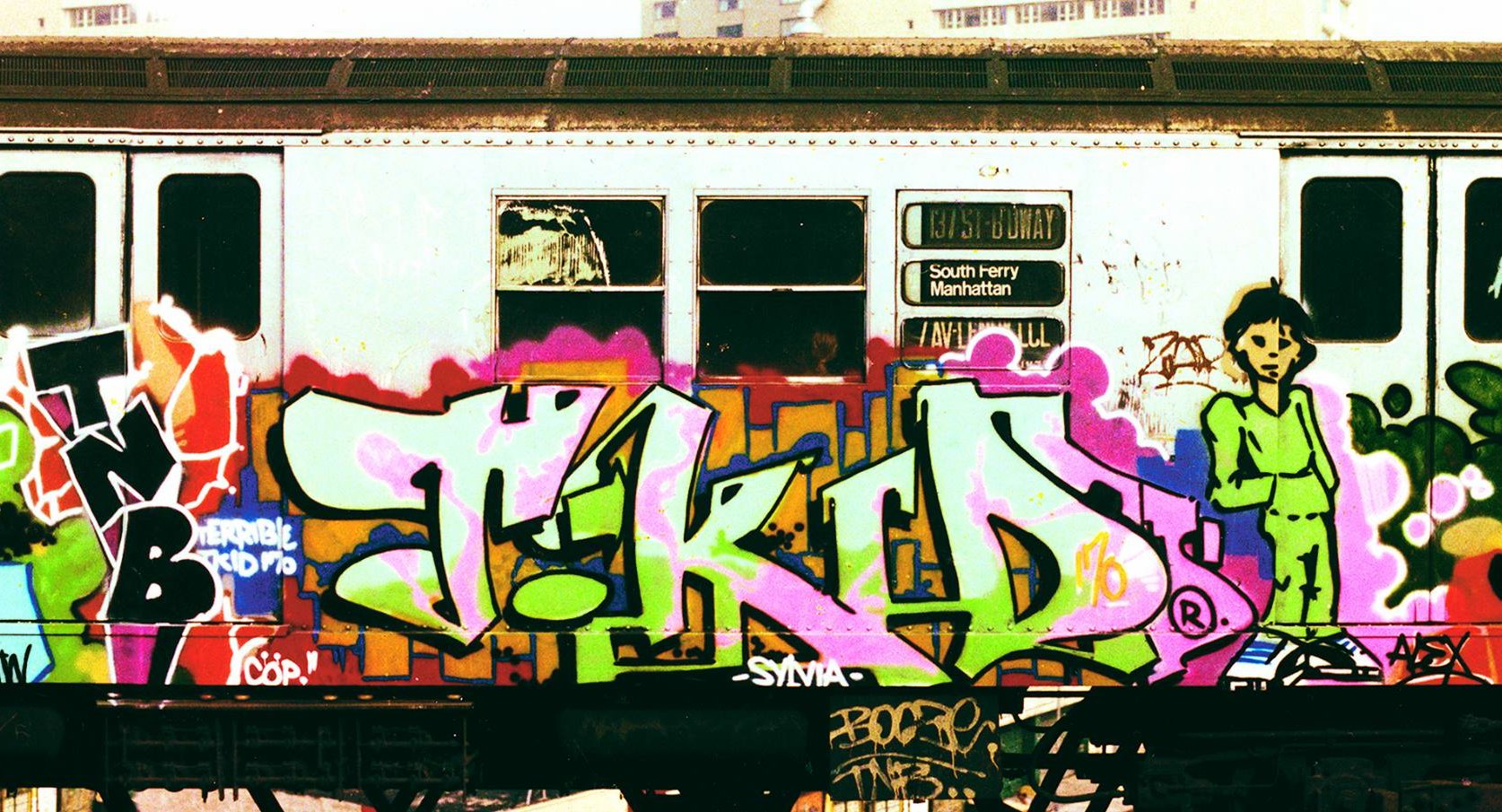 Julius Cavero, AKA T-KID, led from the front of the New York train writing and graffiti scene to become one of the most highly regarded names in international street art today. From youthful beginnings tagging in the Bronx in the early 70’s, you can now find his artworks exhibited all over the world, as well as the seminal graffiti treatise ‘Subway Art’ by Henry Chalfant.

At the age of 16, while recovering from several almost fatal gun wounds inflicted during a gang shootout, Cavero drew endlessly and resolved to dedicate the rest of his life to street art, adopting the new name T-KID 170. After a miraculous recovery, T-KID was true to his word, and his signature letter style and colour palette was soon to be found on trains all over the city. He went on to become president of TNB (The Nasty Boyz) and ex-president of TVS (The Vamp Squad), one of New York’s most notorious New York graffiti crews, and by 1979 he was a consistent presence on Broadway (IRT 1 Line).

By the early 80’s T-KID’s trains had become notorious, and he began to further his artistic spectrum by becoming one of the first graffiti artists to start painting on canvas when invited to become part of the Sam Esses project. It was around this time that T-KID left illegal street and train painting behind to focus on work that could be exhibited in galleries and quickly became a regualr feature in many of New Yorks spaces. From then he moved on to commisioned works and exhibitions in London, Paris, Berlin, South Africa and countless others.

Still active today, when he’s not painting in the Bronx he is travelling internationally for exhibitions and projects with the MAC crew in Paris.