The Nelly ranks have been joined by the ‘king of graf’, Blade. Hailing from the Bronx, Blade, aka Steven D. Ogburn is a pioneering figure in the world of graffiti, having been one of the first subway taggers to emerge in the 1970s. Painting trains through the 1970s and 1980s, Blade survived a transition from the traintracks to the galleries in the mid-80s. He has exhibited worldwide, notably in the Whitney in NYC, and MOCA in LA, and has featured in Martha Cooper and Henry Chalfant’s famous Subway Art book. 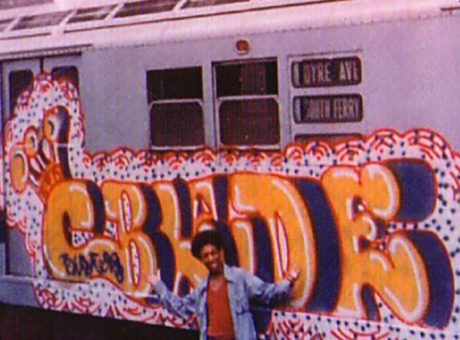 Blade’s title of ‘King of Graffiti’ stems from his proud and prolific achievement of painting over 5000 trains in NYC. He started graffiti painting in the 1970s at the age of 15. As the graffiti movement was in its fledgling days, no influences proceeded him. Therefore he is credited with the development of many notable aerosol styles. Using letters, perspective, characters, colours and abstract geometric forms, he developed an artistic style that was personal and focused on an individual narrative. 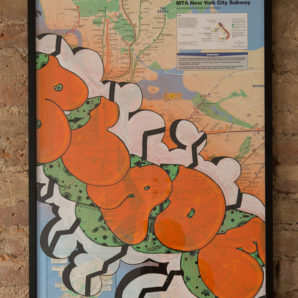