Invented in 1842 by English scientist and astronomer Sir John Herschel, this 200-year old printing technique was first purposed as a mean of reproducing notes and diagrams, resulting in cyan-blue images; hence the ‘blueprint’.

Since then, the technique was adopted by artists and printmakers worldwide who found the deep and rich cyan blue the print created could be used to create astounding artworks. Cyanotypes are created by applying a carefully mixed photosensitive solution to a receptive surface, whether that is paper or fabric, and by using a negative image placed on top, when exposed to light, the positive image will become emblazoned on to the chosen surface. Then, the yellow unreacted iron solution is washed off with running water (the fun bit) to reveal a fully developed blue and white print.

A word of warning, Cyanotypes are affected by sunlight more than other prints and can fade over time. However, panic not! Rather magically, you can restore the vibrancy of the original Cyanotype by temporarily storing it in a dark environment. 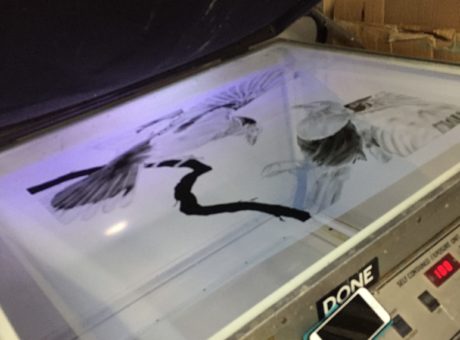 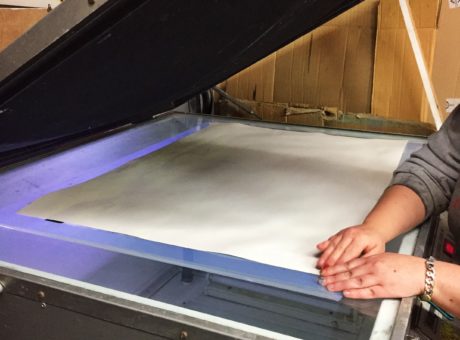 Applying the treated paper to the negative