Eine is one of the fathers of the Street Art movement. The artist honed his skills in graffiti since the mid 80’s and began painting with a select group of artists (including Banksy, Faile & Invader) at the beginning of the millennium in Shoreditch.

He selected the biggest, highest, most dangerous sites to work on and has found success in his pioneering use of the letter form; moving it out of its graffiti roots and into Street Art with a capital ‘A’.

In 2010 the UK Prime Minister gave an Eine artwork to President Obama as a state gift and the artist’s work is currently held in the permanent collections of the V&A, The Museum of Contemporary Art, Los Angeles and galleries worldwide.

The Tenderloin A-Z and The Atlas of Street Art & Grafitti 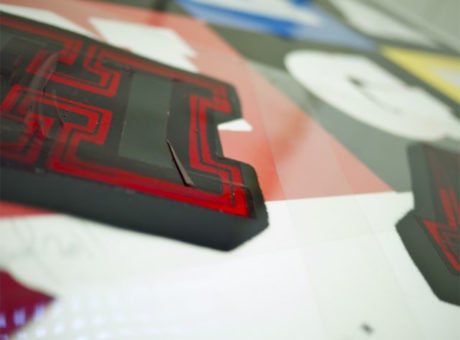 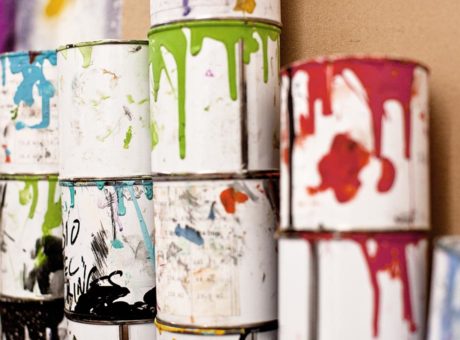 Typography, challenging statements, a bold use of colour and an expert eye for tonal combinations form the centre of Eine’s output.

The artist predominantly uses stencil and aerosol to create his street pieces. Scale and proportional is key to his practice and like the best street artists Eine realizes his epic artworks in the most visible locations.

In his earlier career, Eine developed his skills as a screen printer “because nobody else he knew could do it!” and editioned a large number of iconic artworks by fellow Shoreditch Street Artist, Banksy. The artist’s screen printed editions retain the delicate spray dust of his epic street pieces including the ground breaking ‘ShutterFont’ edition developed alongside Nelly Duff, which broke the world record for the highest number of screens used to produce a hand pulled screen printed edition. 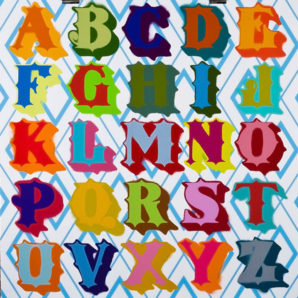