Based around the concept of transition, these artworks present a moment of reflection on the world around us, our own selves and the cogs of the ever-changing system that we exist in. A visual metaphor in which people can ‘be on the edge looking in’, understanding that change is about to happen and embracing something bigger than ourselves.

The result? A stunning selection of images, that are so soft on the eyes that you’ll find yourself in a daze. Gawain continues to expertly portray a seraphic stillness throughout his works, focused particularly on a simultaneous moment of calmness, and a feeling of growing anticipation. We spoke with him about these transitional moments and the poetic sensibilities that live in his artworks.

“At the beginning the process was subconscious, I was chasing an aesthetic that i didn’t fully grasp until I came to understand that on the edge of great change, a process starts to occur that is visually and emotionally volatile and quite literally a calm before a storm” 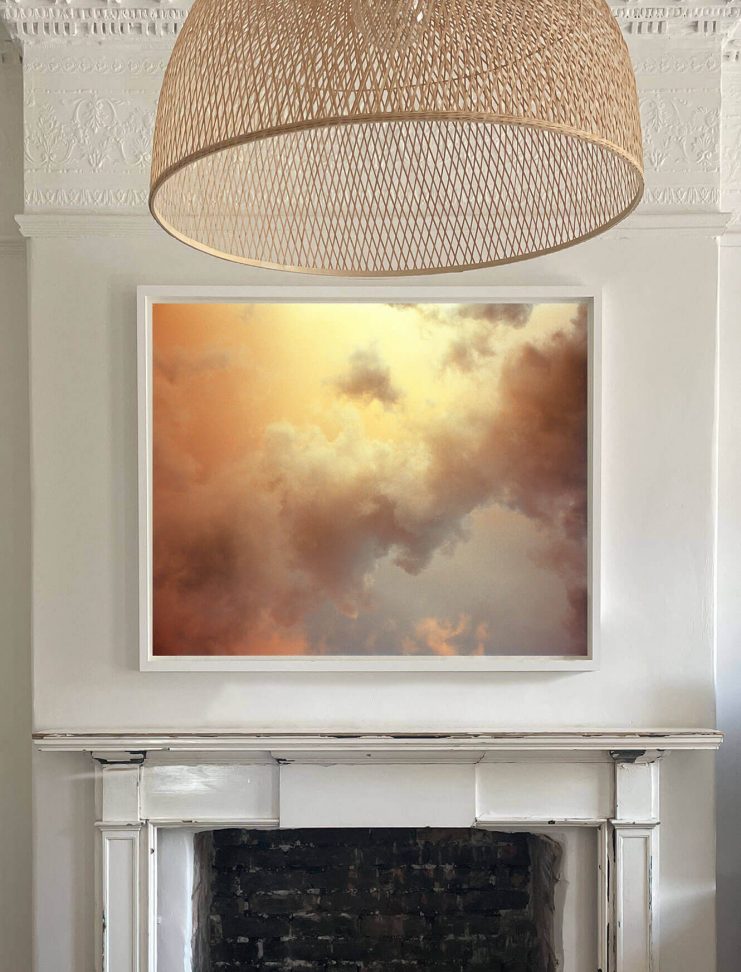 ND: Could you please begin by explaining a little behind your process?
The series of work, like all my work tends to take place in a transitional periods. The landscapes are always taken during the transition of seasons, the ‘Transitional echoes’ series is always during a change of tumultuous weather events and ‘Sometimes The Sky’s Too Bright” is focused on the edge of a storm or as the clouds and rain are about to roll in.  With my work I try to hold on to this transitional period, I think it’s visually understandable for many people, being on the edge looking in, understanding that change is about to happen and embracing something bigger than ourselves. I don’t imply this in a religious way but I’m sure that for some it could be the perfect visual metaphor.
ND: You note that your work carries poetic sensibilities. How would you describe the poetic narrative in these works and the significance of the clouds as a visual element?
My work doesn’t tend to hold a typical narrative usually found in Documentary Photography, it’s not over literal in the sense that I’m not usually telling a typical story that has a start, middle and end. My work does have a definite means of eluding to something while being open-ended, not descriptive yet full of intent. As a visual element the clouds seemed obvious as soon as I started working with them, for me, they’re the same as a forest, I’m drawn to them and there’s not one part of each day where i don’t want to look and fall into them, yet like the forest, they’re very difficult to work with and to create something that looks simple is the most difficult thing to do. 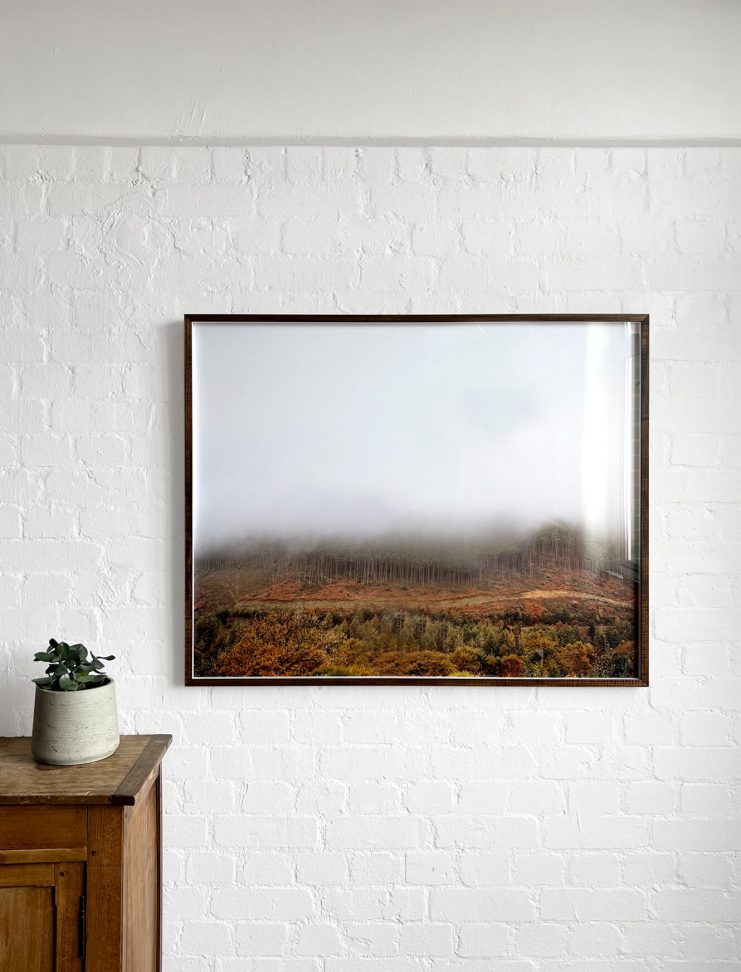 ND: Your hometown Wales has been at the basis of a few of your projects. Do you find the transitional feeling you capture within your work, tied with the familiarity of ‘home’ unify in together in some way?

GB: Yes, for some reason I’ve always been drawn to ‘notions of place’ and ‘home’ as basis of exploration for my work and these transitional pieces are an extension of this. In general, and I speak broadly, the Welsh have a clear idea of their own identity and I find this intriguing as our population is continually evolving and moving with each generation. I think I feel acutely aware of my own role in this transitional process, the evolution of communities, while others seem totally oblivious, they express a permanence which I guess I don’t understand. 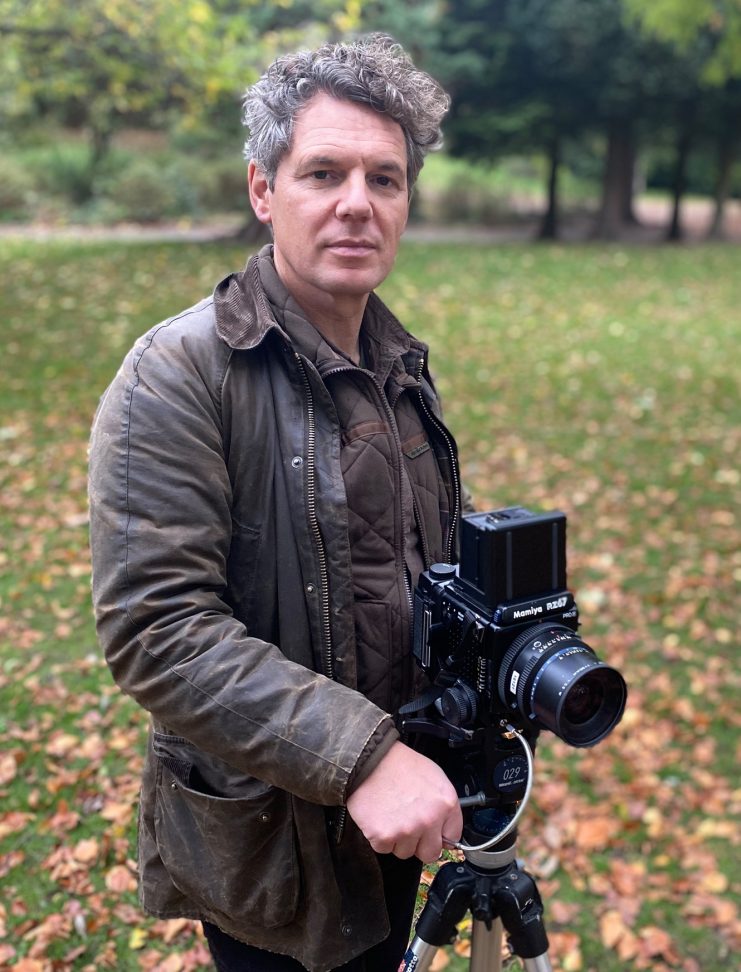 ND: This series serves a purpose in making people really think about transitional periods, physically around us as well as transitional moments in our day to day lives. Why is it important for you as an artist to capture these moments for people to think about?

I think anything that can make us stop, consider and help form our own ideas could be the ultimate purpose of art. For me, personally, and this is not intentional, but since I’ve started showing my work, without any provocation people have been getting in touch and telling me what it makes them feel and means to them. It’s always personal and an individual interpretation of a piece I’ve created and I’m totally blown away by the fact that I’ve created something that someone want to live with for a period of their life.

‘Sometimes The Sky’s Too Bright’ is coming to Nelly Duff, Saturday 5th November, 11am BST.