You would never guess from Hula’s teenage affinity for tagging abandoned couches in his hometown on Oahu, Hawaii that he would someday become the thriving Brooklyn-based visual artist that he is today. With a background in fine art, twenty-six year old Hula has returned to his street art roots in his latest series of murals that draw on inspiration from the ocean and the island culture of which he grew up. Using unexpected mediums like abandoned urban walls and broken surfboards, Hula’s murals are truly bringing the sea to street. 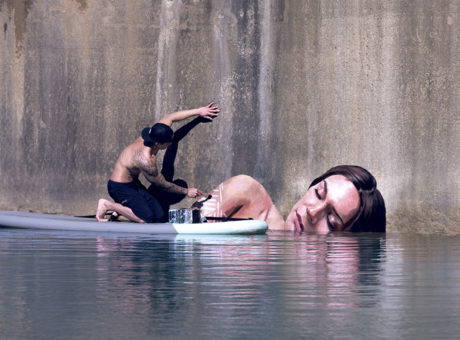 Pu'uwai being painted by Hula 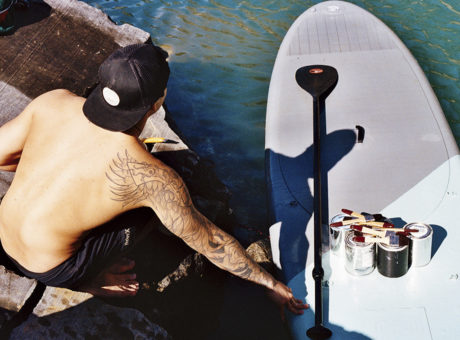 Hula getting ready to go painting

Sean Yoro aka HULA is new to Nelly Duff and we are extremely happy to have three fantastic prints available by the artist. His technique makes him stand out from the crowd and he has an unbelievably creative new way of painting hyperrealistic murals. Riding atop a paddle board, Hula paints dilapidated constructions while floating on the water, placing his works just above sea level. The result is stunning and the murals, all portraits of women, are integrated superbly with the ocean and appear to extend out far below the painted surface, reflecting perfectly into the waves.

The artist and surfer is originally from Oahu, Hawaii but is currently based in New York City.

Next to his latest pictures on Instagram, the artists writes: ‘Now entering the street art game. Better grab my surfboard, paints, and get as far away from the street as possible. 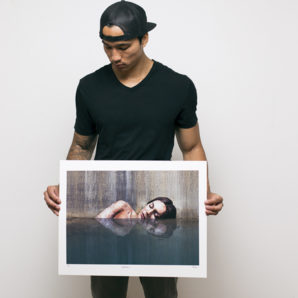