Following in the cloven hoof steps of McDonnell’s coveted ‘When we had Cows’ edition, alongside his much loved ‘When we had Pigs‘ & ‘Chicken & Egg‘ artworks, this new ‘The Black Sheep‘ continues to build on the nostalgic images of traditional agricultural processes, interspersed with McDonnell‘s modern observational graphic conscience based storytelling.

The two editions are foil blocked in the sheen of a 22ct gold shimmering gold, the first set against a recycled charcoal black, the second edition with hand fed litho detailing on a  hay infused cream stock.

What an amazing set of artworks Ian has created for the ‘when we had animals’ series ;  ) 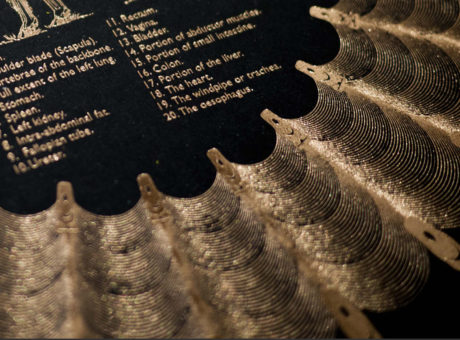 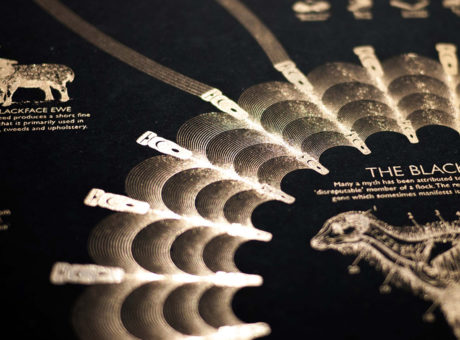 ‘The Black Sheep’ is published by Nelly Duff and available exclusively in the gallery and online at NellyDuff.com 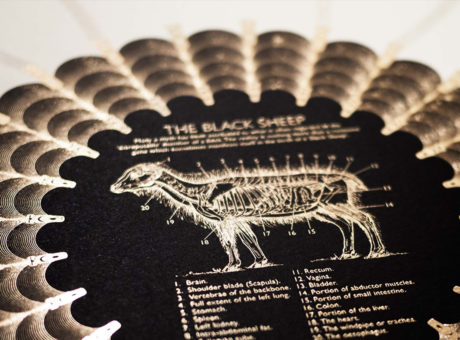 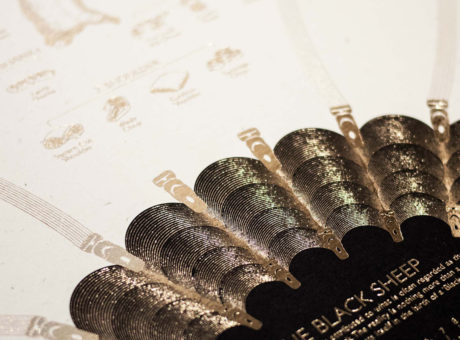 ‘The Cream Sheep’ is published by Nelly Duff and available exclusively in the gallery and online at NellyDuff.com 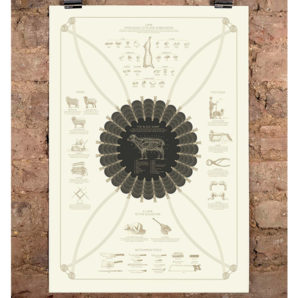