The Toasters initially appeared in 1999, adding their iconic emblem to Royal Mail Special Delivery stickers which were pasted across the city. Indeed, these striking stickers were lovingly placed on anything that wasn’t a parcel, and so began the classic Toaster project.

Masters of appropriation, the Toaster collective have have subverting the image of Britain’s treasured breakfast appliance, abstracted on a multitude of street surfaces, murals, banners across the globe.. if you’re lucky, a street near you. 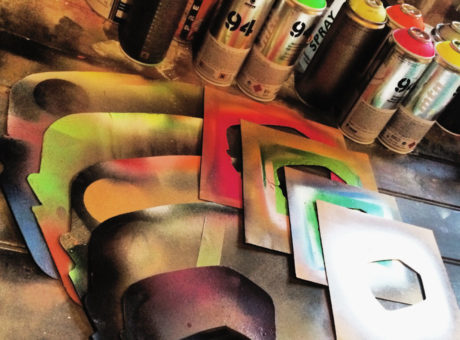 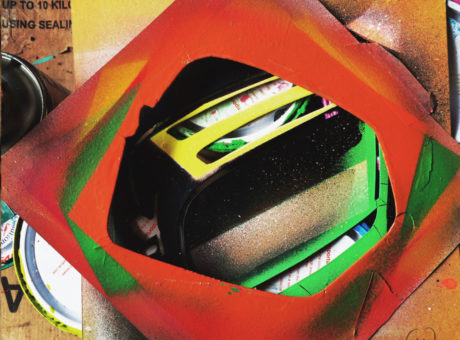 The Toaster collective are a technical wildcard, producing artworks in a range of materials- primarily stencil & aerosol, collage and screen print.

The Toaster’s immaculately executed imagery has translated fantastically into a range of limited edition screen prints, as well as original pieces on canvas such as ‘Still Life with Toaster’. Here the age old tradition of still life painting is turned on its head via the ingenious manipulation of the collective’s iconic emblem. 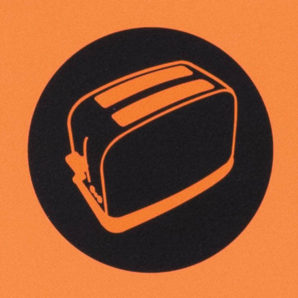