First there was ‘Dismaland’, the dark, dystopian fairground that brought audacious installations, politics, and 150,000 visitors to Somerset’s Weston-Super-Mare. Now Banksy has really stepped it up a notch, introducing: ‘The Walled Off Hotel’ (Waldorf, gettit?) Featuring palatial rooms, hellenistic statues choking on tear gas, and, as stated by the artist himself, ‘the worst views in the world’. While it has been criticised for supposedly making profit from Palestinian suffering, normalising the occupation and beautifying the wall, it is, according to many, ‘a powerful anticolonial statement about British Imperialism, the Zionist colonial project, and apartheid politics in Palestine.’

The Walled Off Hotel's Process 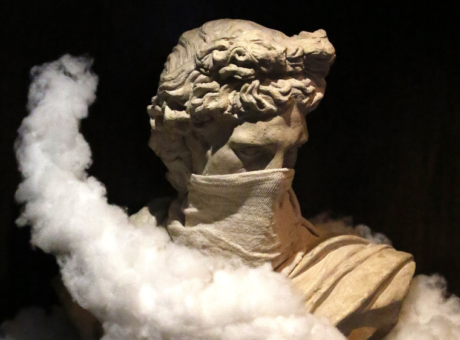 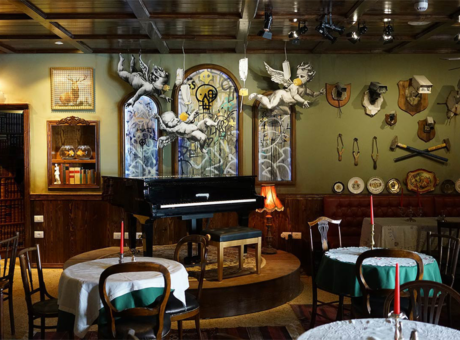 Here, Banksy is doing what he does best: subverting and spotlighting socio-political untruths and injustices on a vast scale. He uses the jingoistic trope of the colonial gentleman’s club to lavishly decorate this one of a kind hotel, and by doing so makes a very clear visual statement about what this hotel is doing. Every wall, table, and room features thought-provoking, original artwork from several artists, including Banksy himself. Furthermore, to put uneasy minds at rest, Banksy himself wont see any financial gain from this himself; having paid for the installation, it is being handed over as an independent business, and all profits are being redistributed into local projects. Surely (politics aside) this is reason enough to visit this fantastical, fetishised, once-in-a-lifetime hotel? Although, we have also heard that the Walled Off Salad is absolutely fantastic. 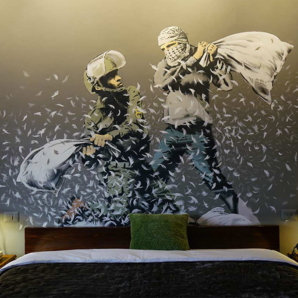