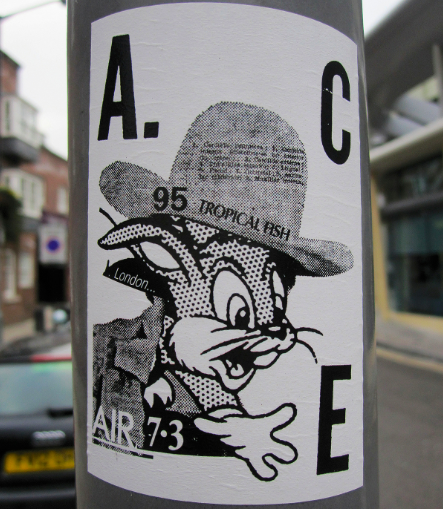 London based A.CE has been at the front line of the UK street art scene spanning the last 3 decades. Having gotten into street art and graffiti through the skate scene of the early 90s, A.CE naturally progressed to paste-ups, which he is now renowned for. Inspired by the sensibility of graffiti and the bold approach of Fairey, Kinsey and Cost & Revs, muddled with influences from pop dada and contemporary artists such as Warhol, Hausmann, Haring and John Baldessari, A.CE quickly developed a signature style that has since gained international recognition. Having exhibited from New York to Tokyo, and worked with big names such as Stussy Reebok, Burberry and The Big Issue, A.CE continues to maintain his reputation as one of the most well-established street artists working today.