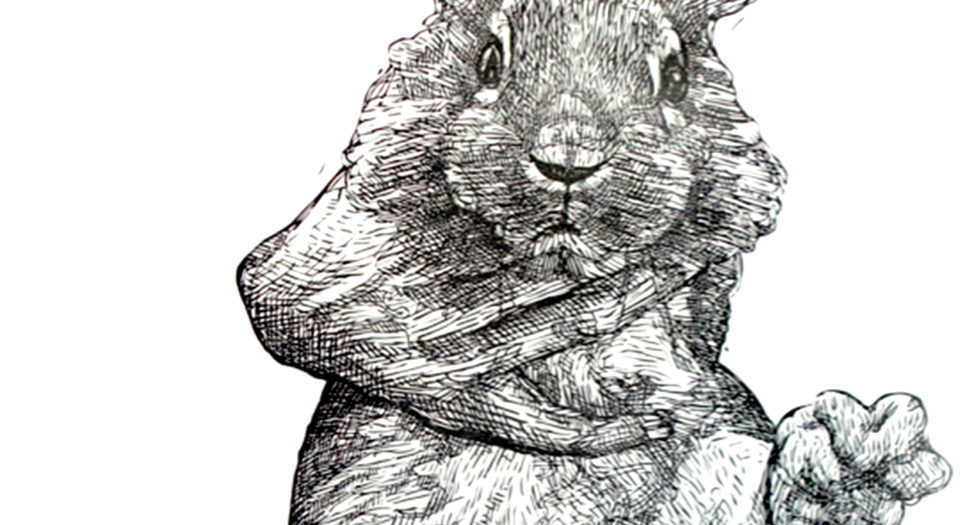 Gaia‘s latest offering ‘Hand Holding Rabbit‘ appears distinctly non-confrontational. However upon closer inspection, a set of long fingers can be seen wrapped around the belly of the animal, who peers pleadingly out at the viewer.

Gaia‘s intense social conscious sees the artist create large-scale mural works within deprived areas in direct opposition to the systems that maintain social divides, and his animal based artworks- such the sold old ‘White Rabbit’ & recently released ‘Black Swan‘- can often be interpreted as an expression of this struggle; in this case, between the rabbit and the hand that holds it.