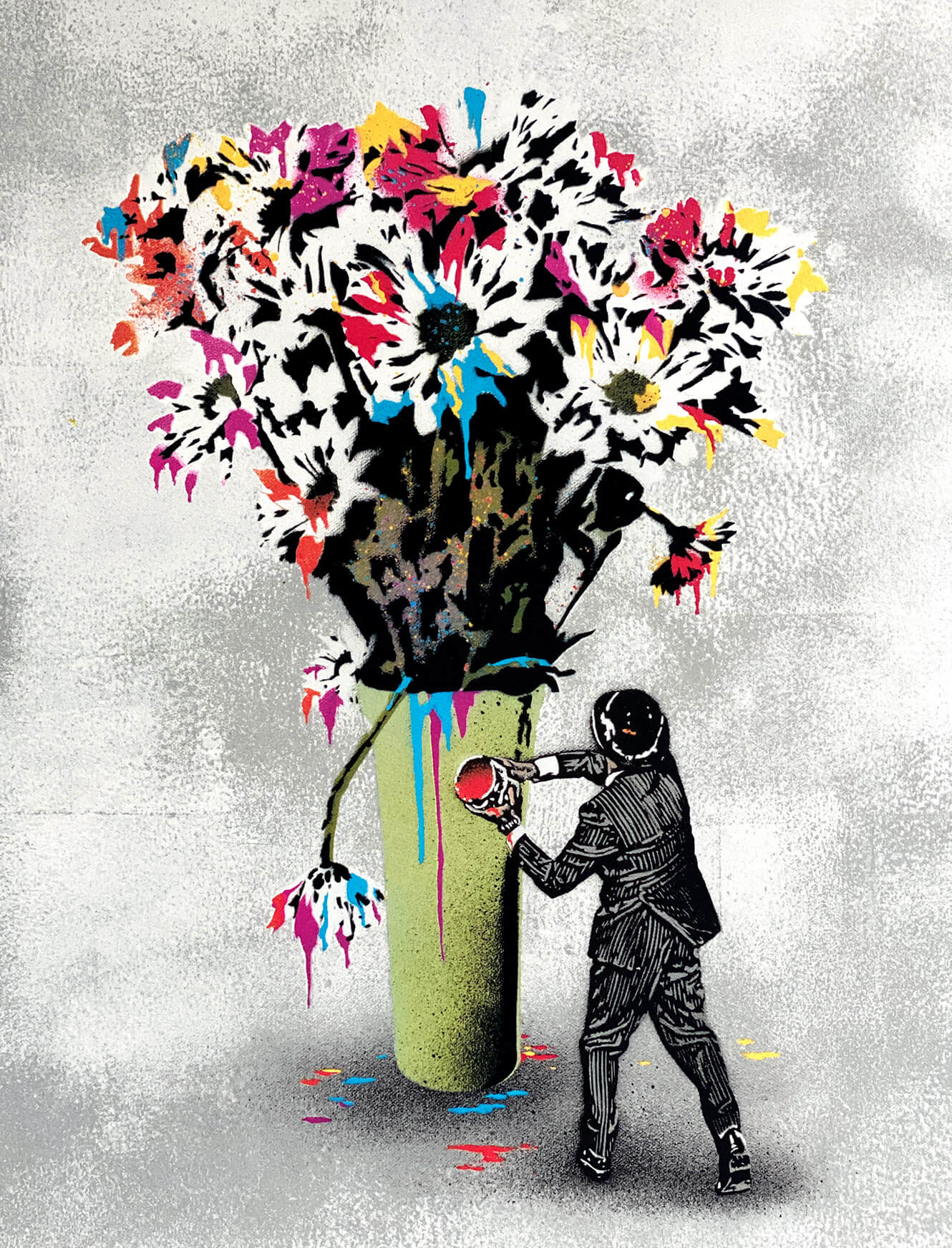 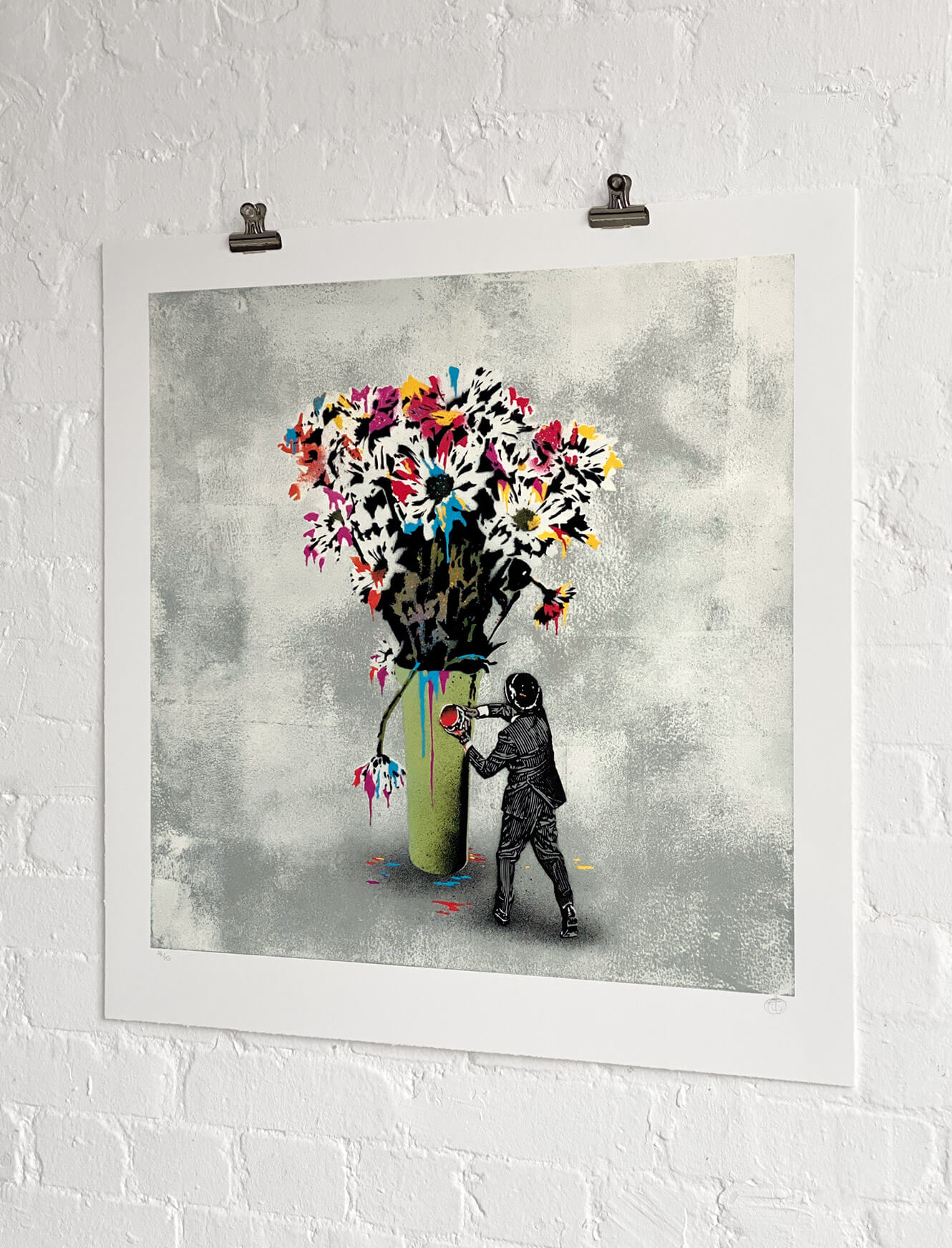 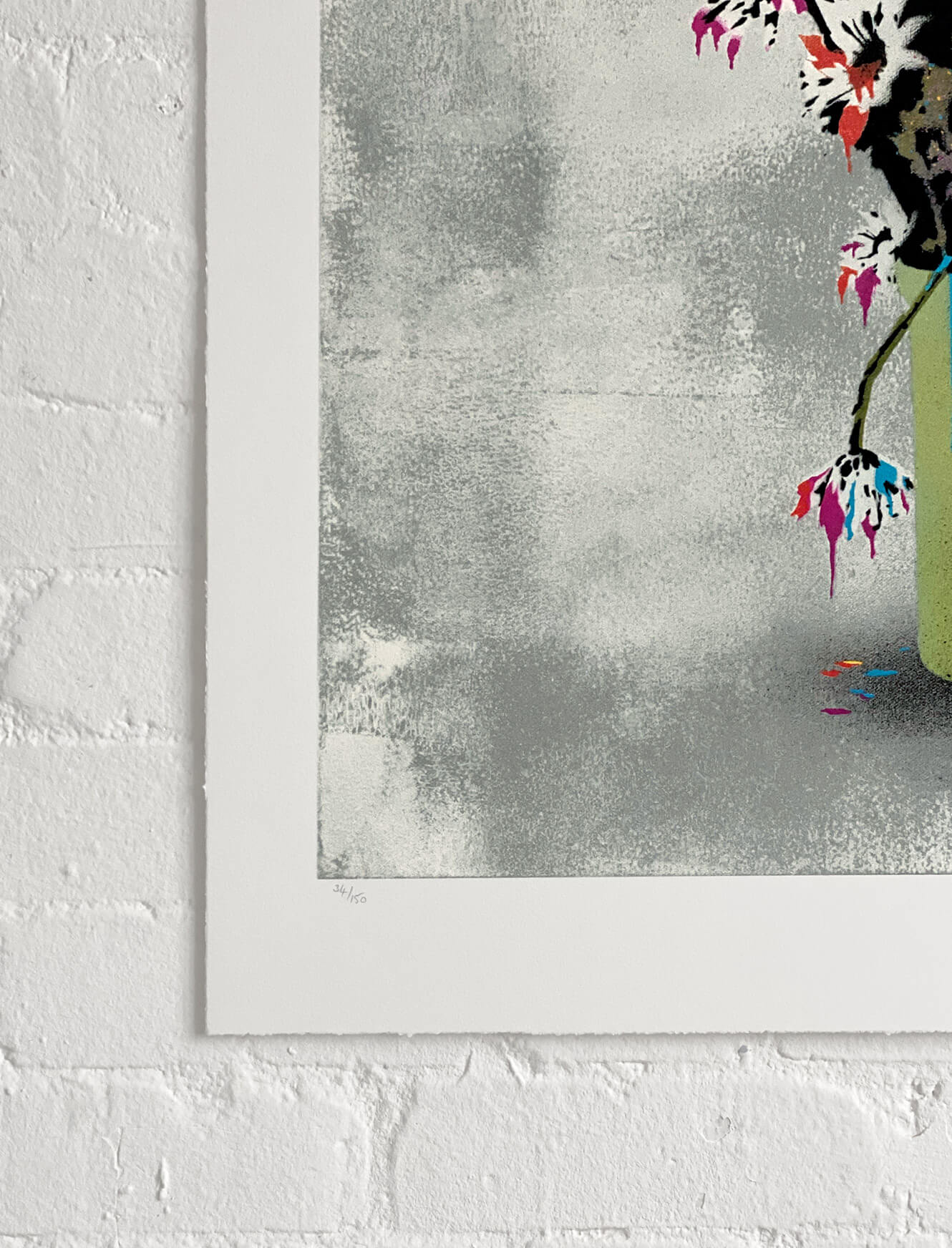 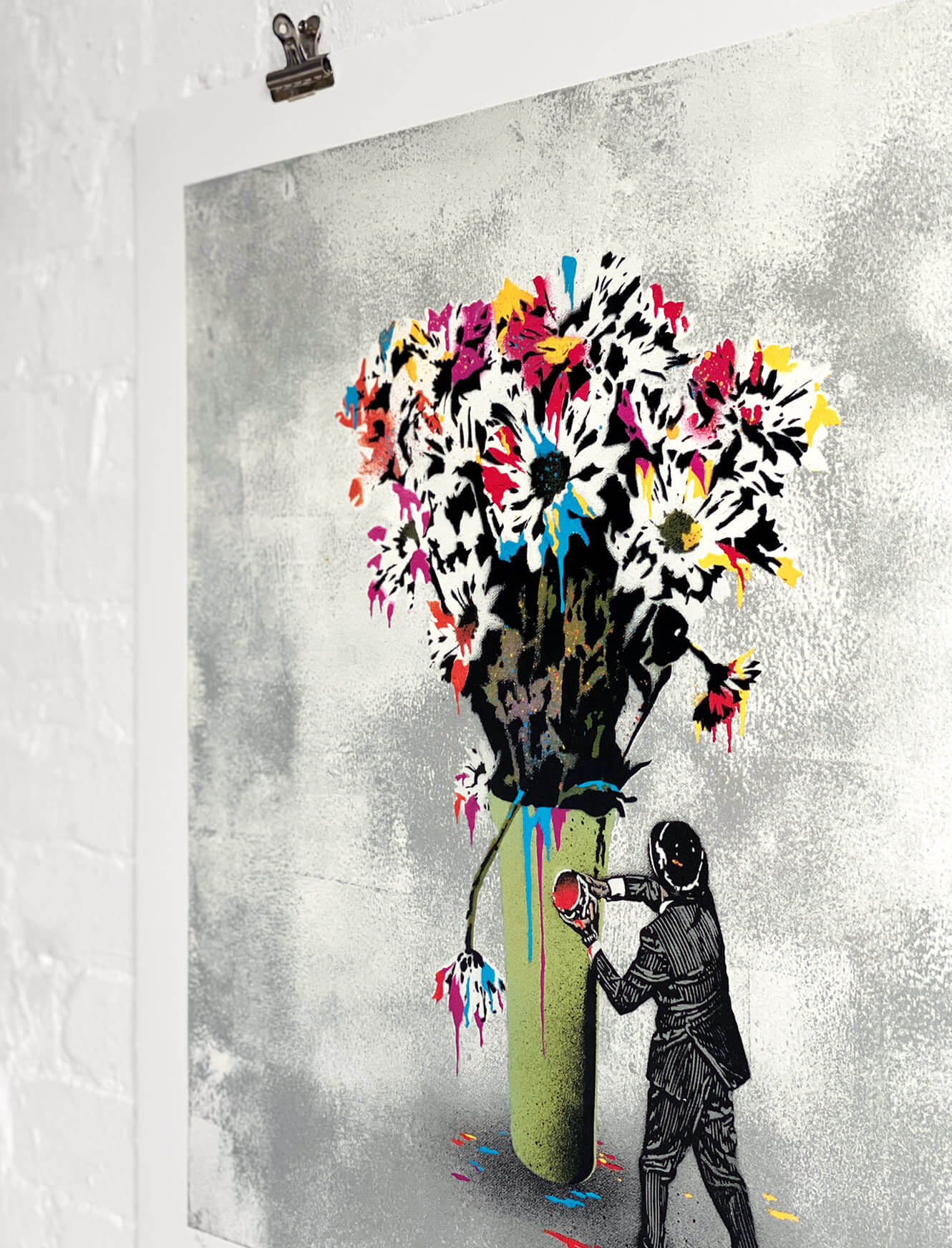 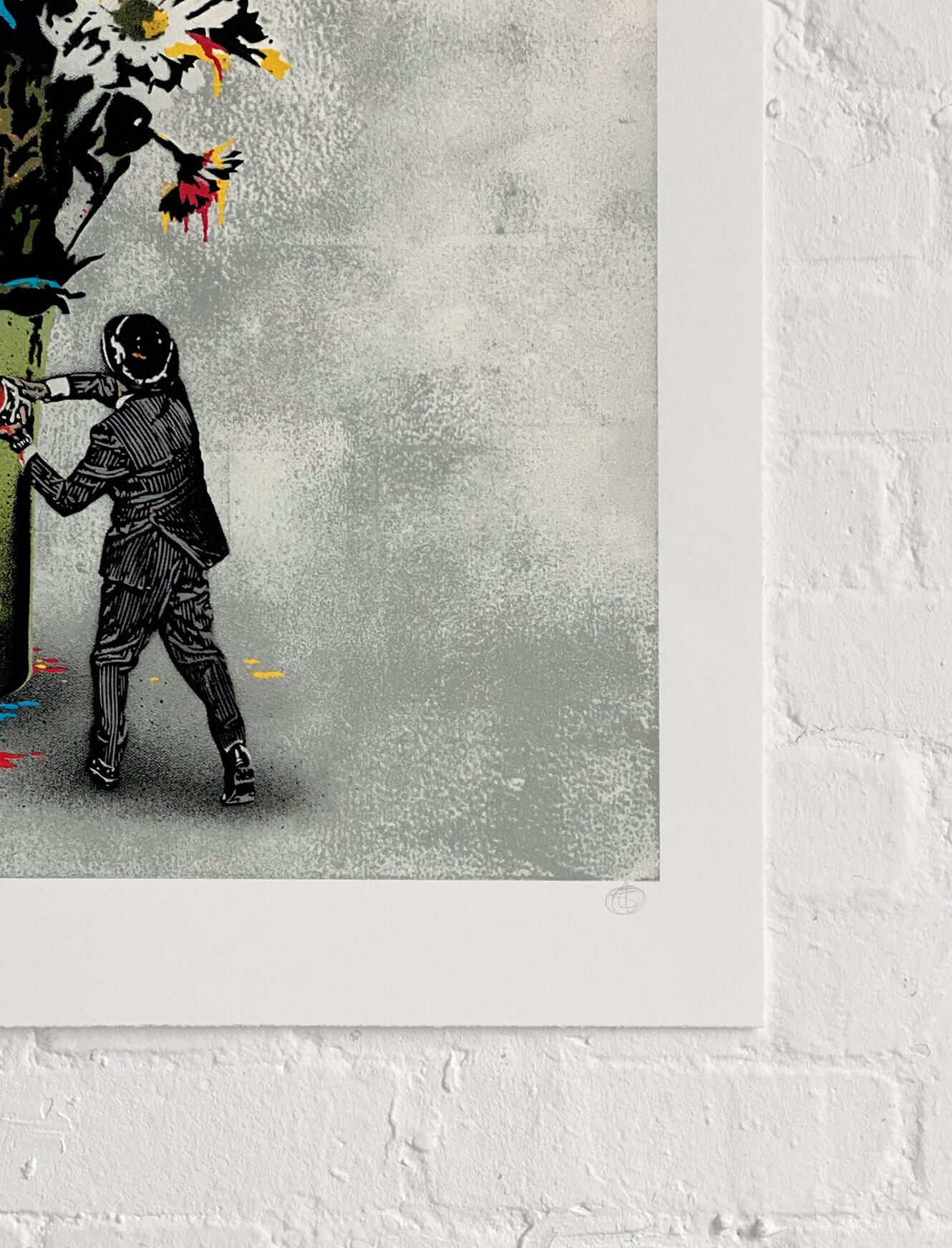 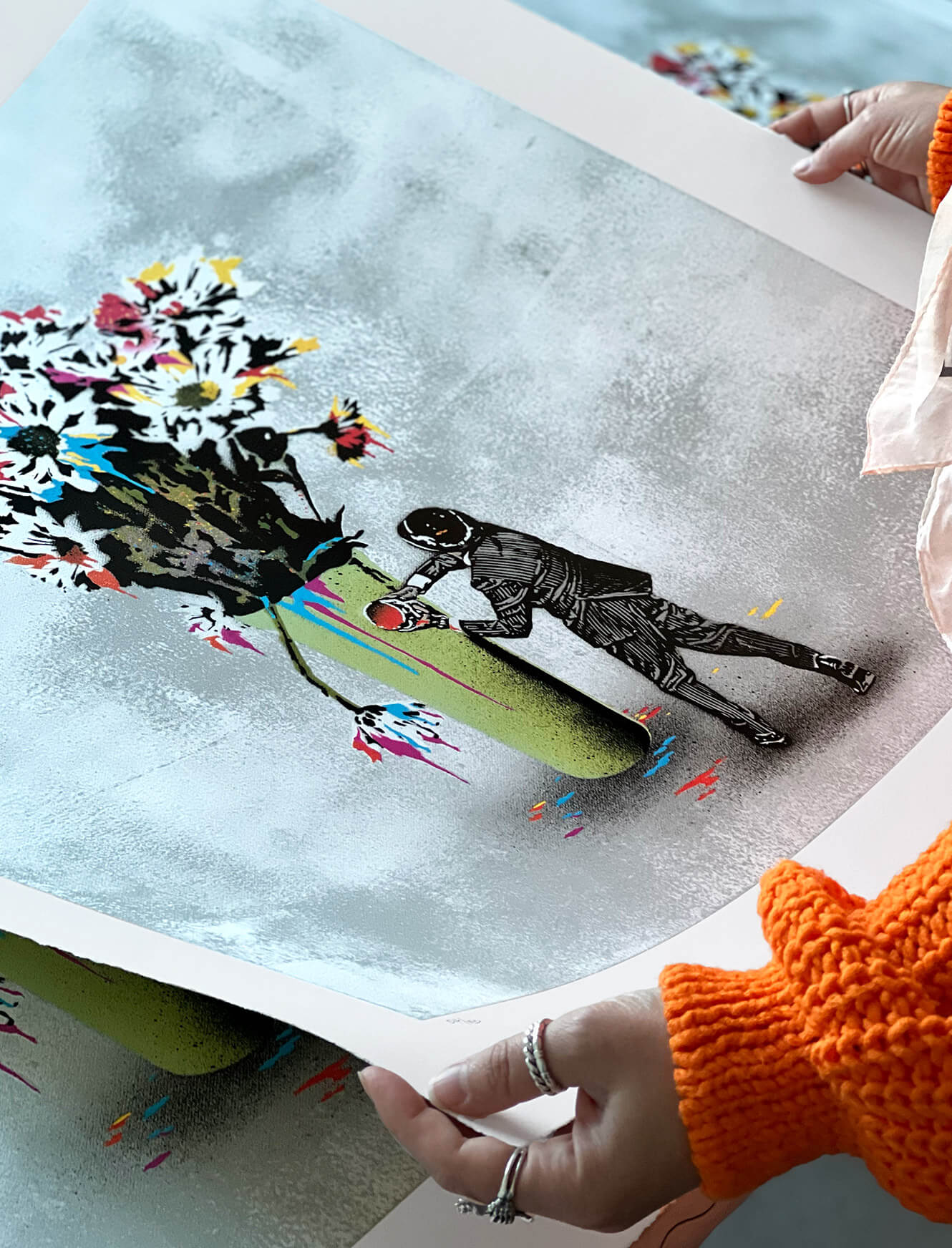 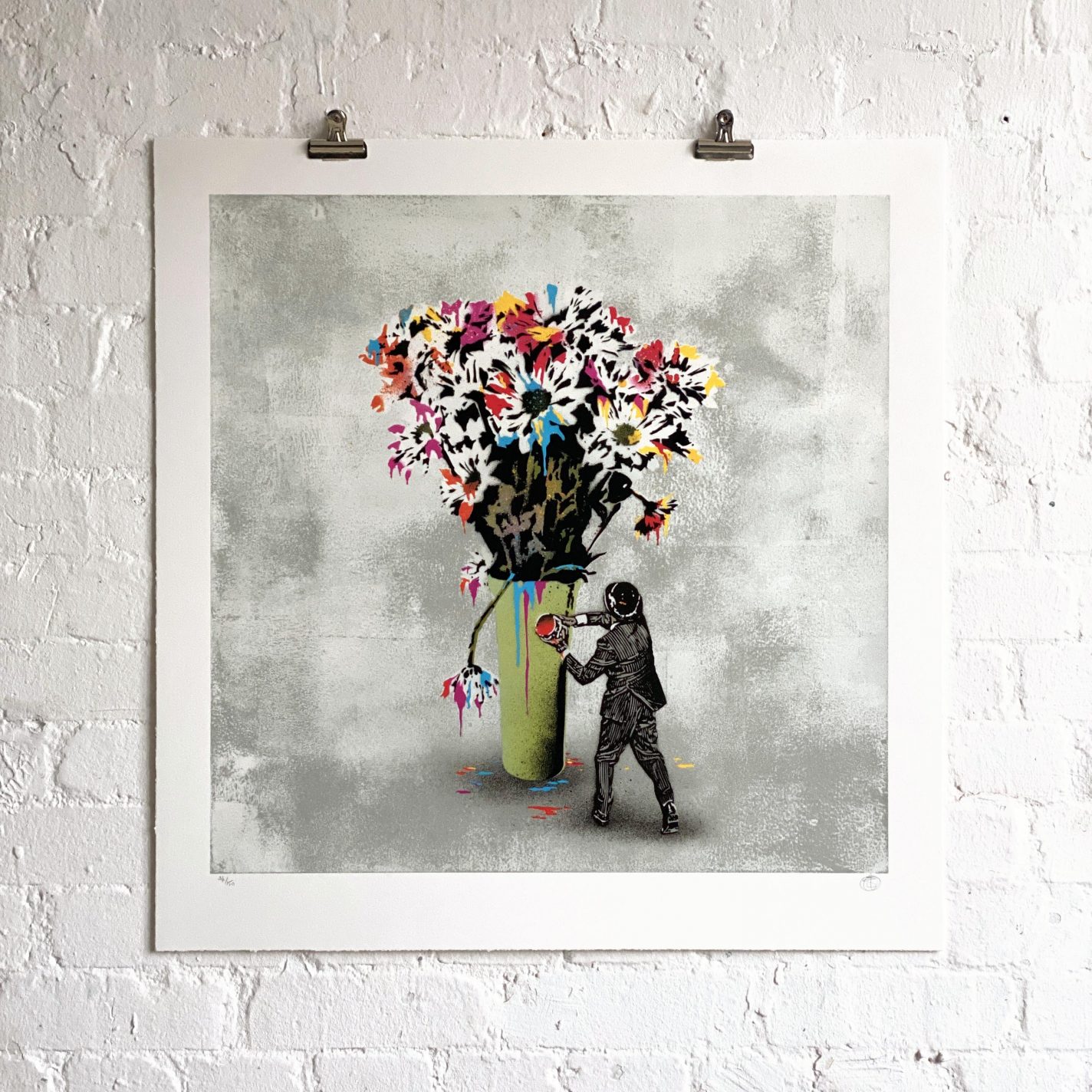 Having cut his teeth alongside a few names you might recognise (Mr Banksy anyone?) in Bristol in the 1980s, UK born artist Nick Walker’s status as an international street art icon is widely acknowledged. Walker was instrumental in establishing the blueprint of stencilled graffiti, and his ‘vandal’ figure (the subject of many of his works) is a quintessential character in the street art canon.

His editions are widely sought after, and we felt it was about time some of you who missed out on his beautiful, 22 layer silkscreen ‘DOA’ edition published in 2018, deserved another chance to snap it up… 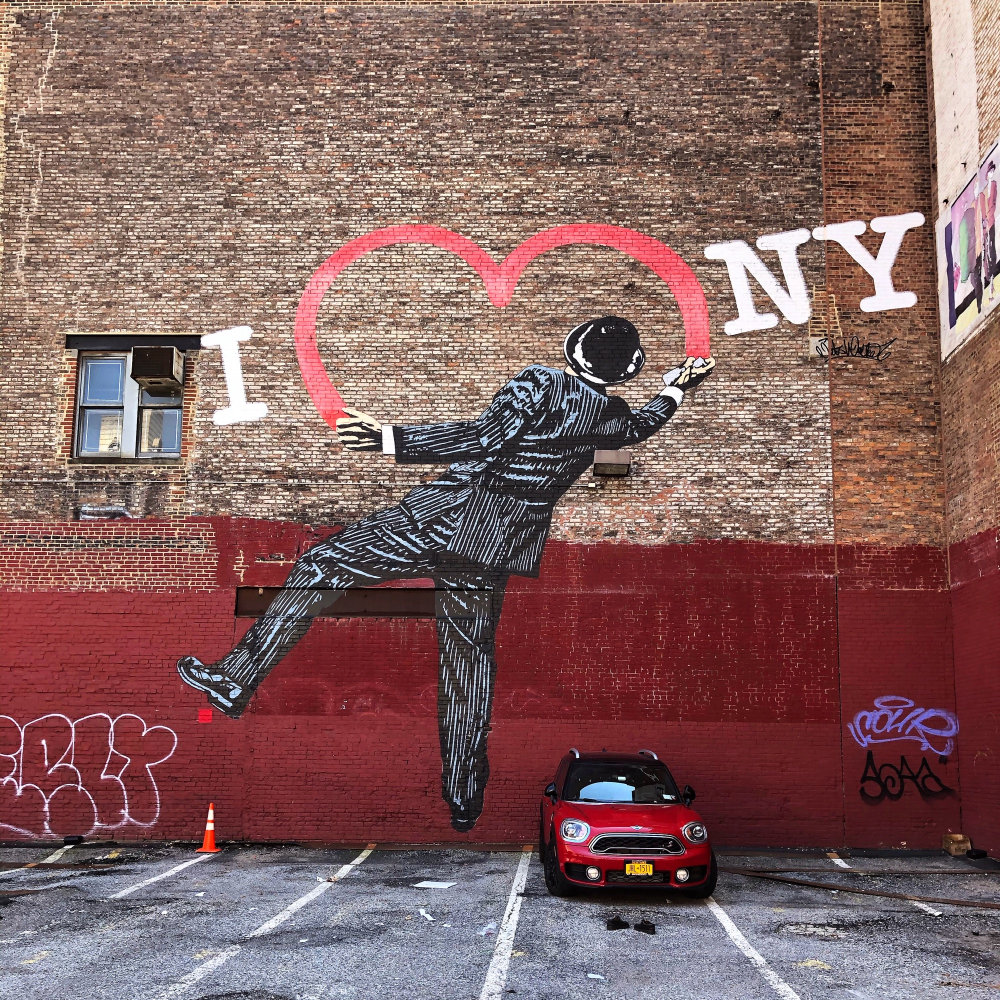 From multi-story murals to limited editions, Walker’s inimitable style has rightly earned him a seat at the top table of international graffiti royalty. ‘DOA’, one of his most technically accomplished screen print editions is one of our all time favourites from Walker, and a very limited number will be making an appearance from Nelly’s personal archive this January.