Introducing the highlight of your summer, a brand new exclusive edition from Xenz, ‘The Golden Branch’. Featuring a standard edition and an XL exquisitely... 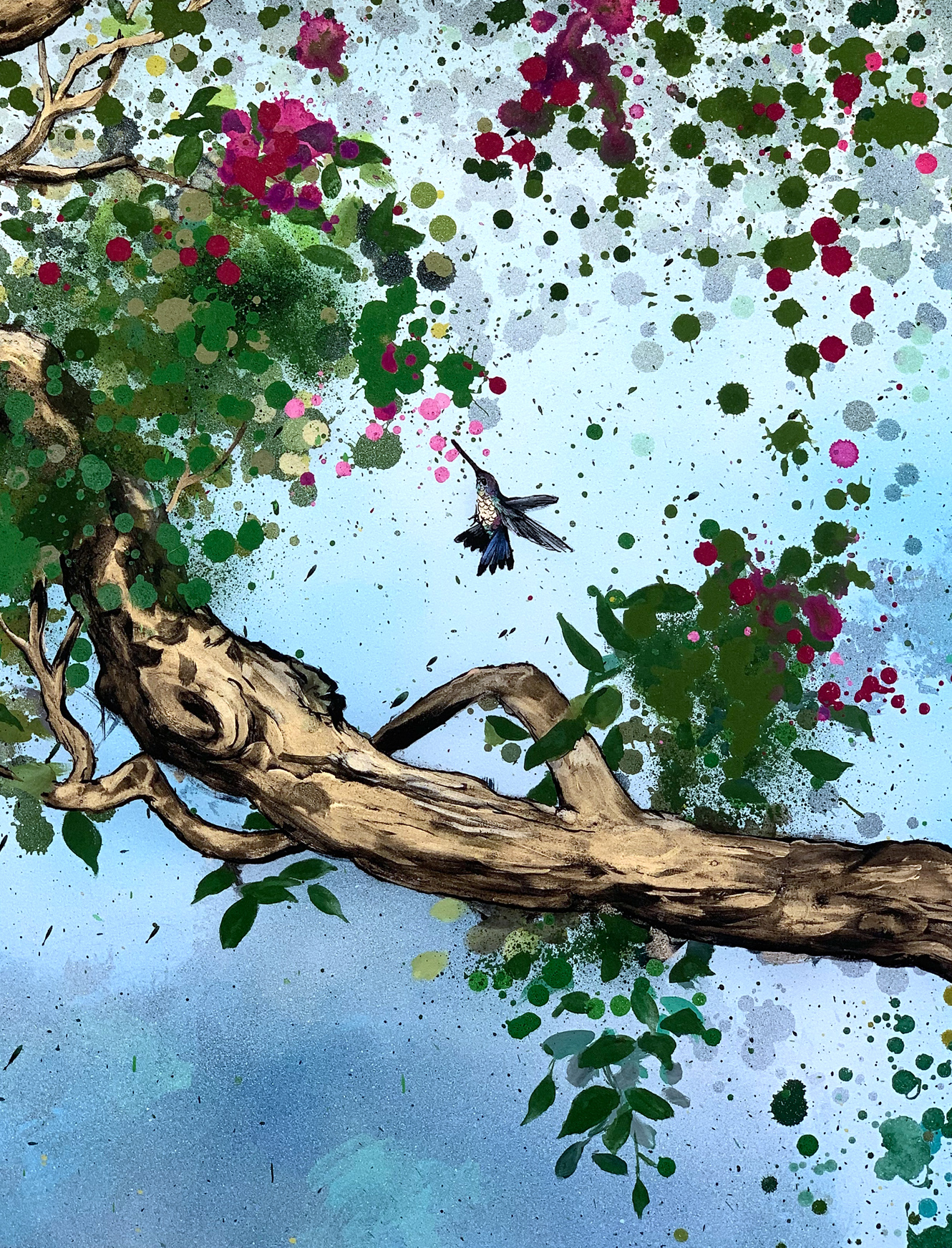 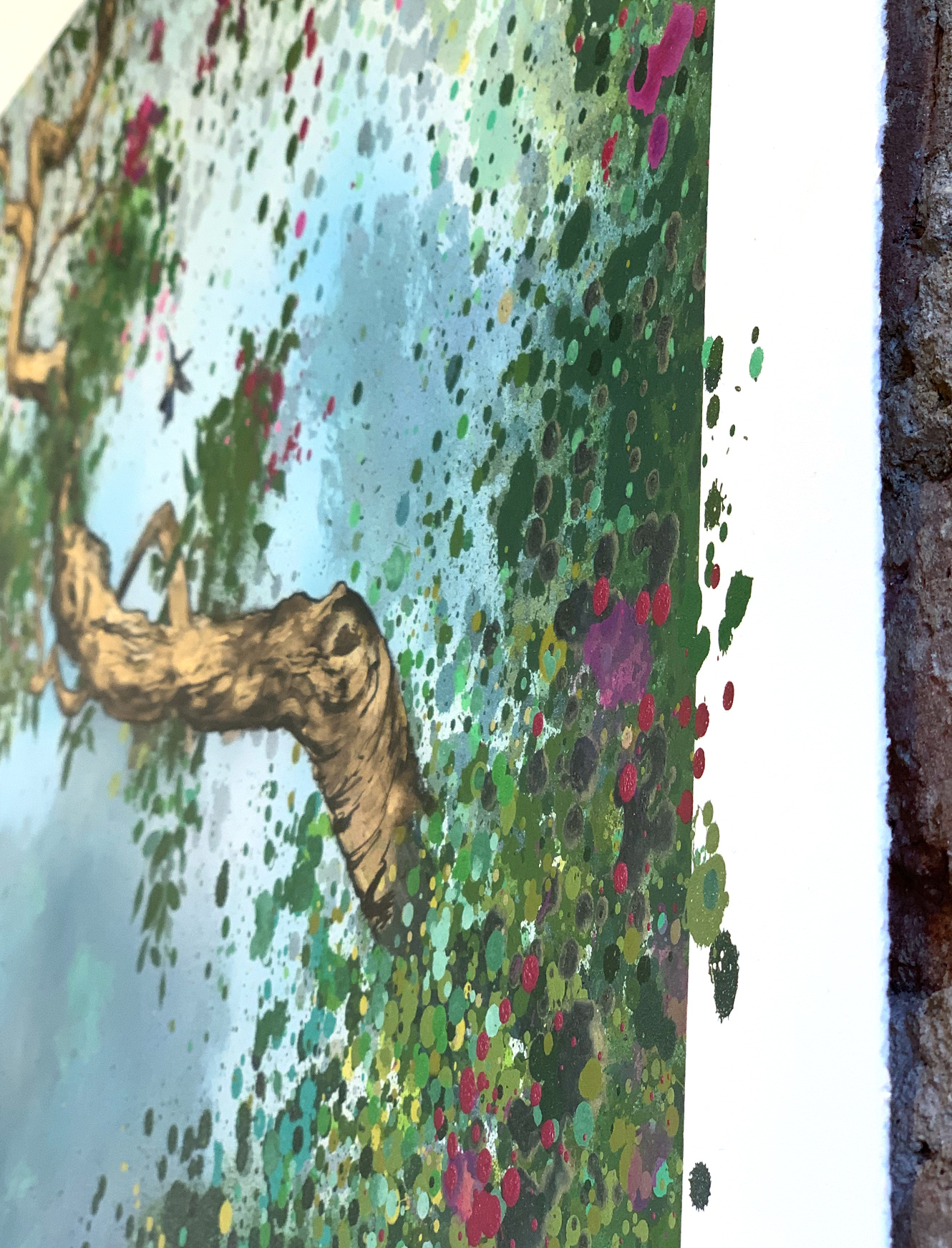 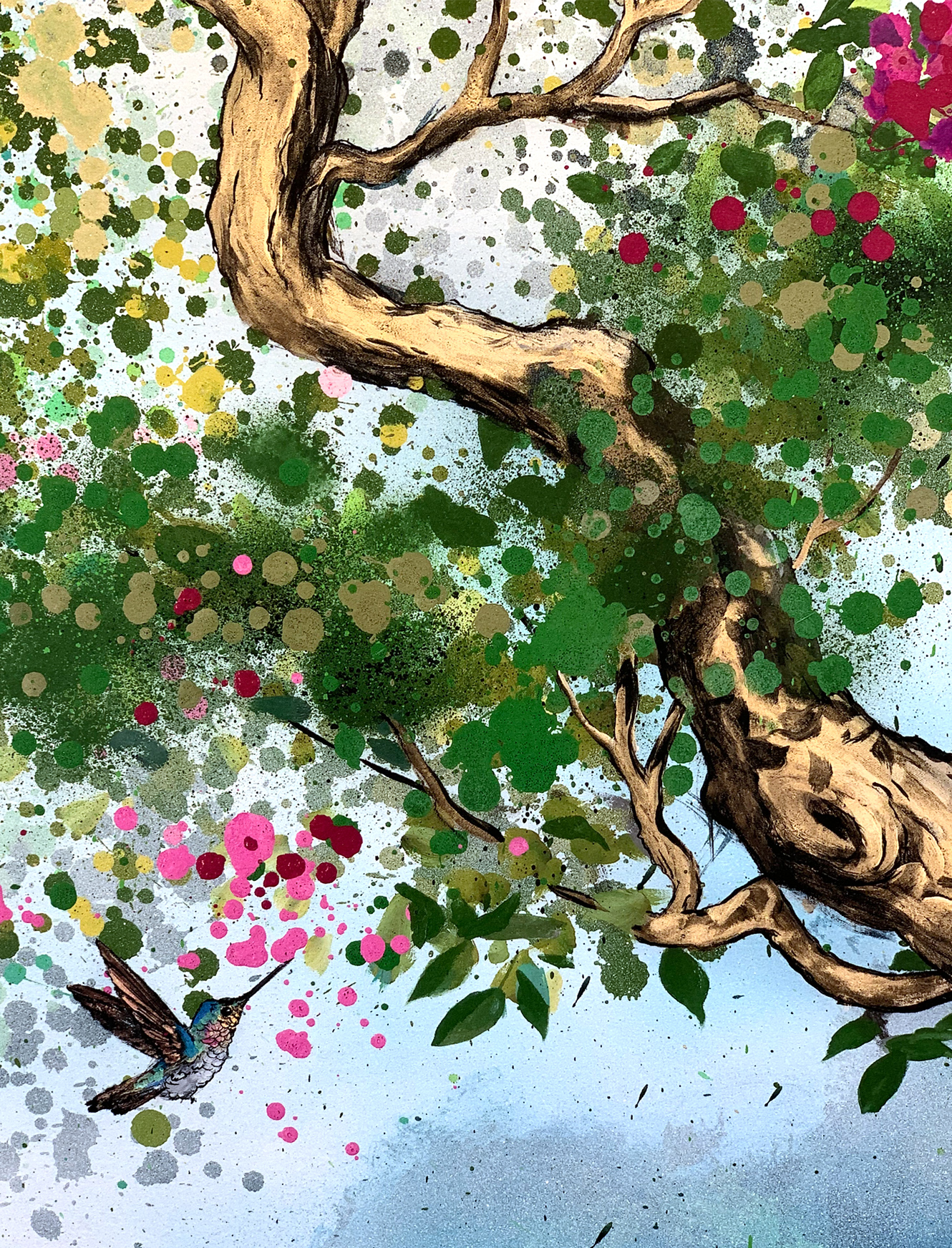 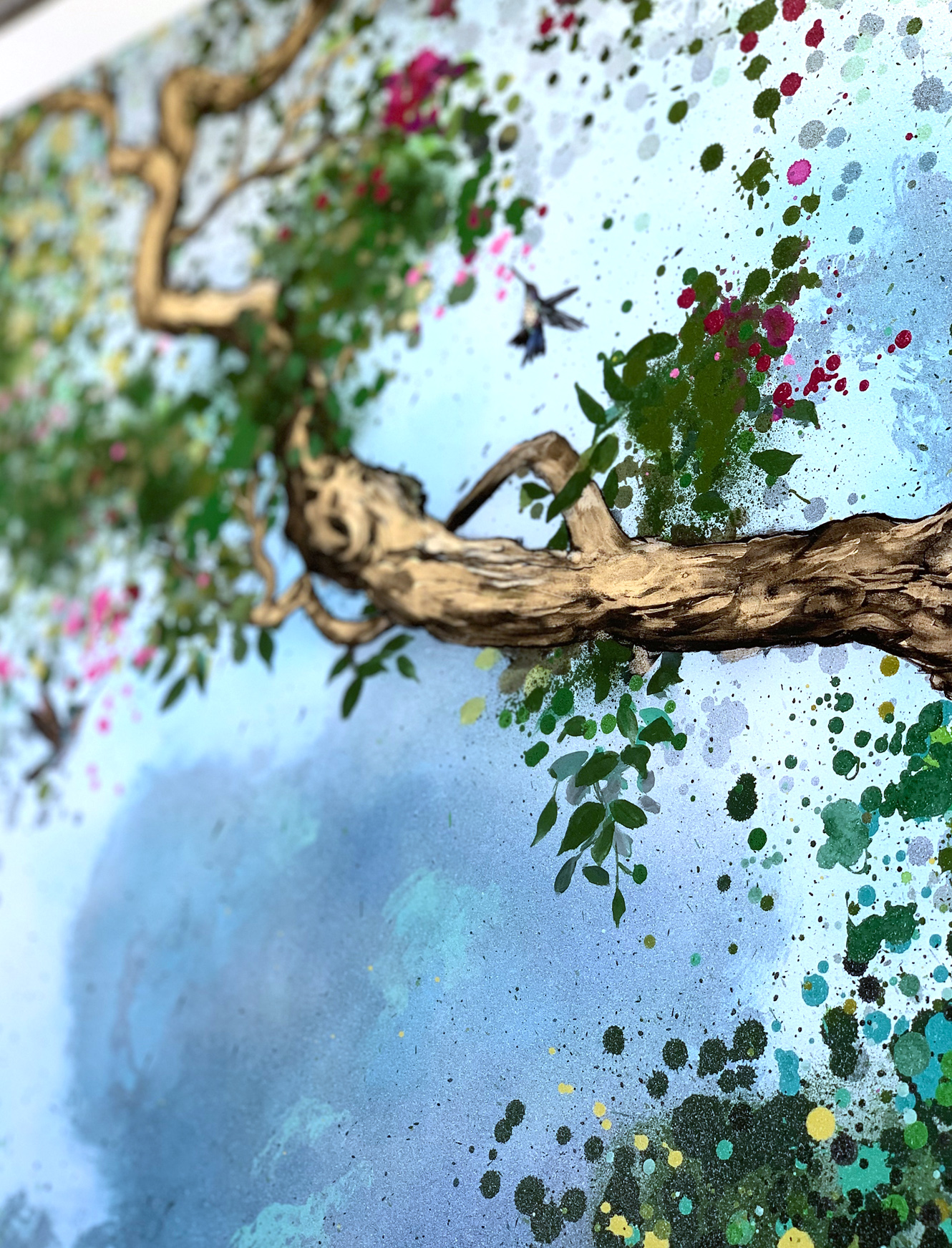 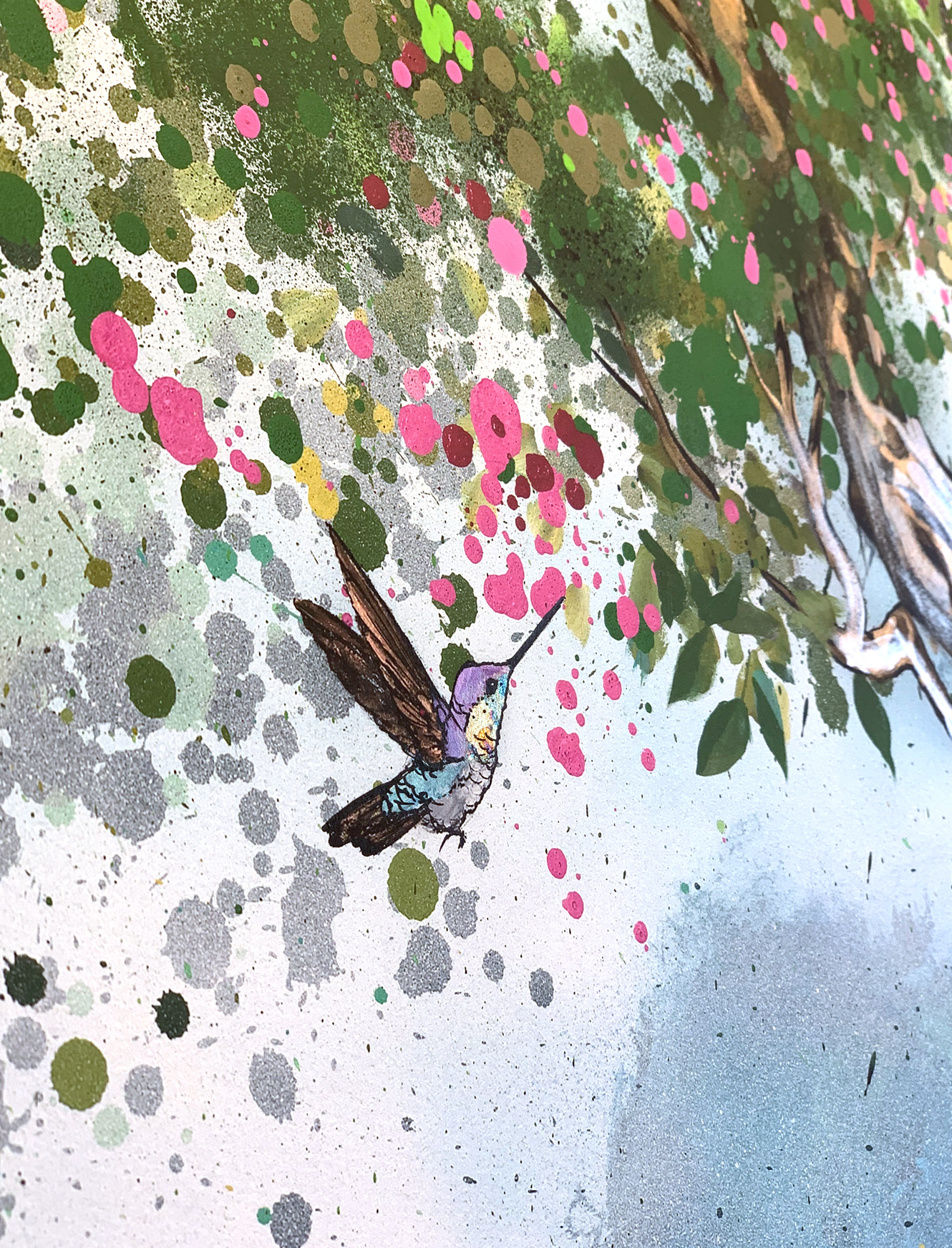 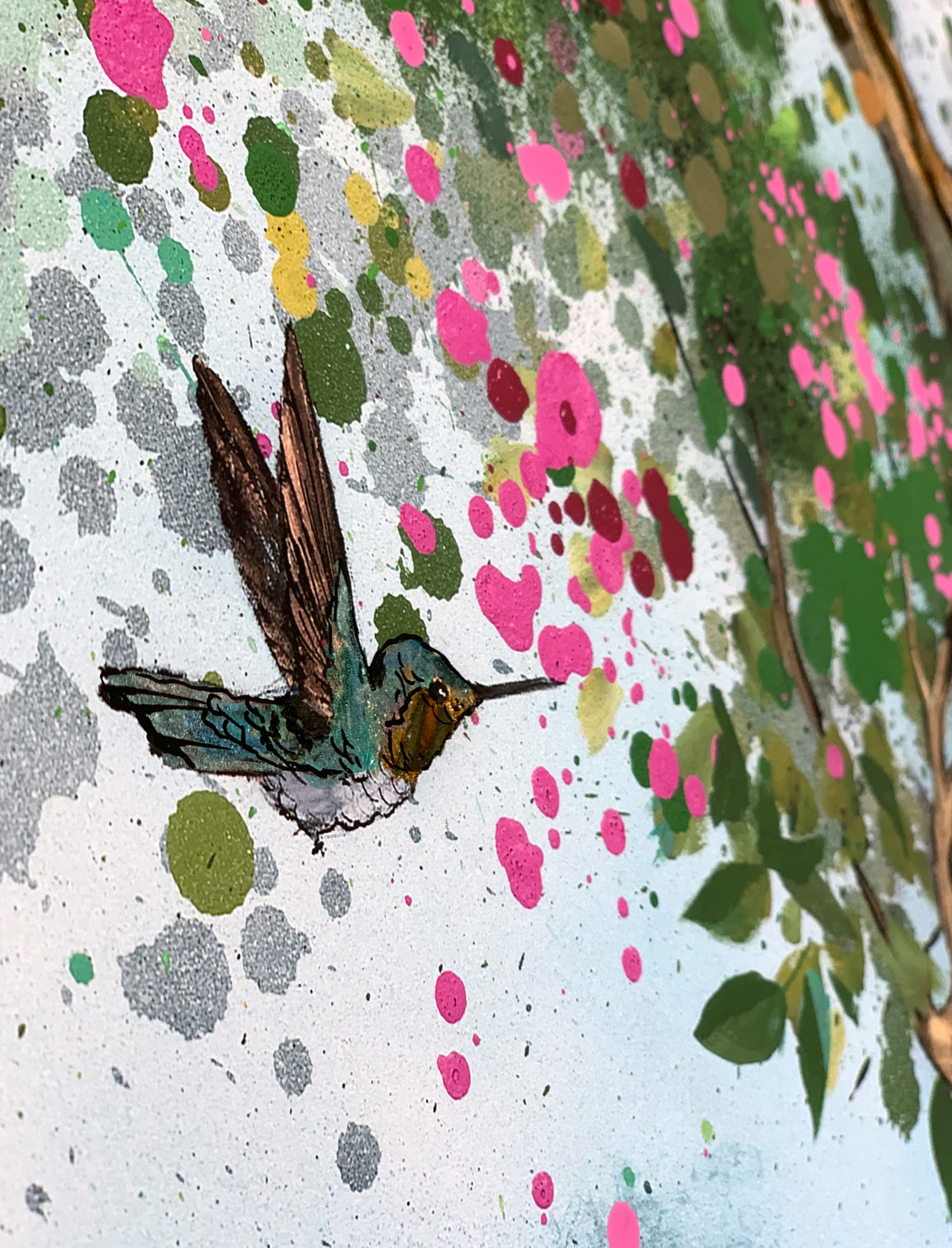 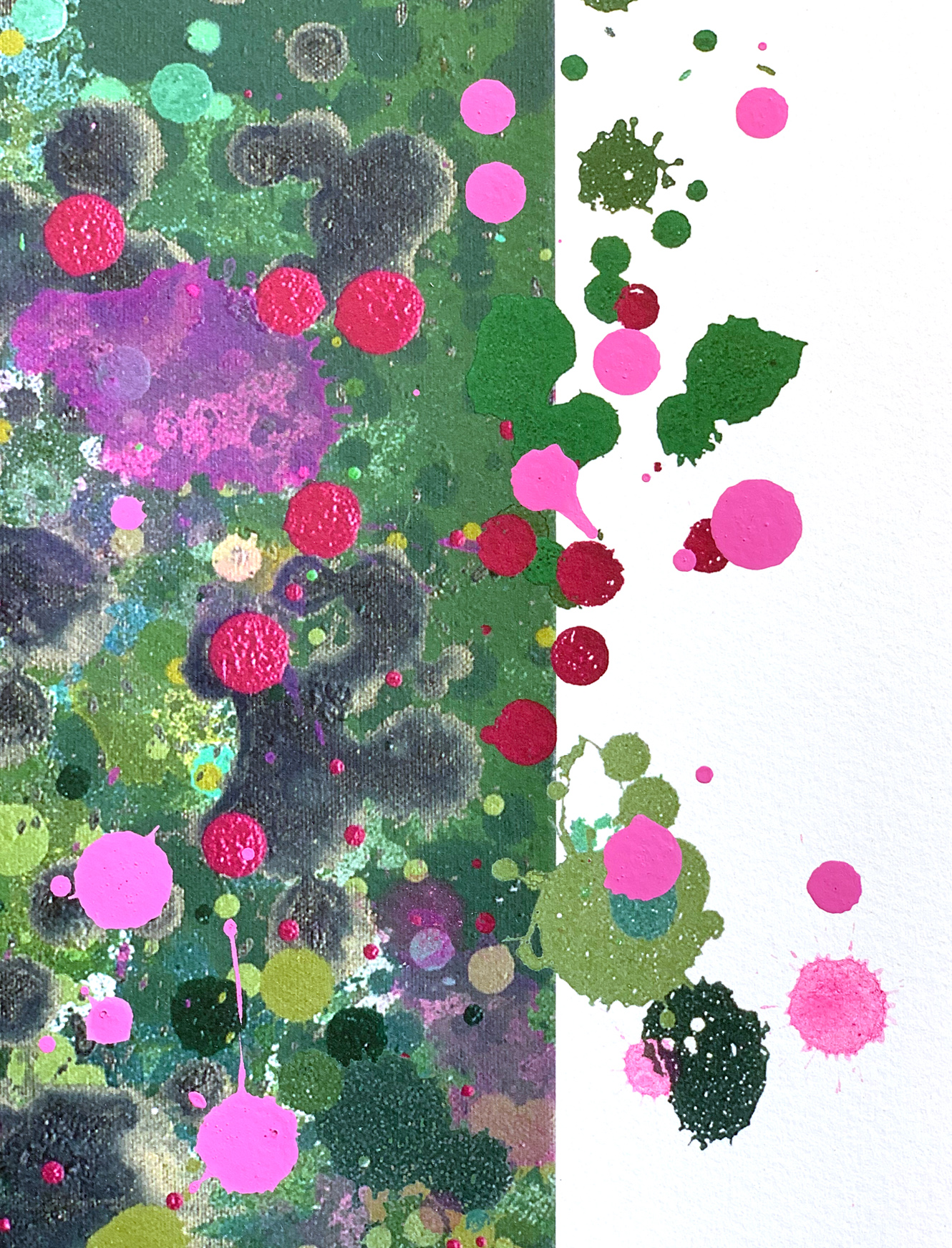 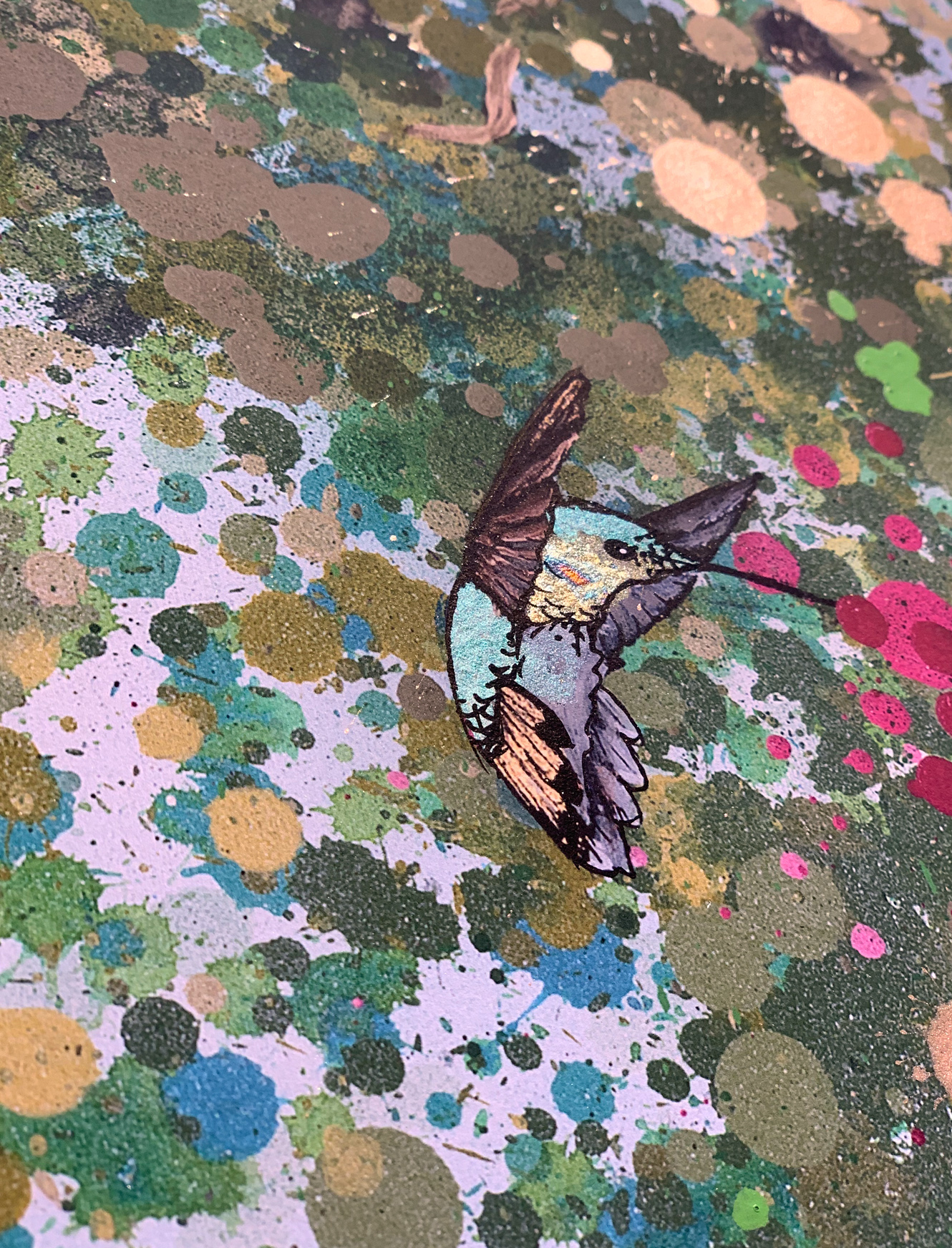 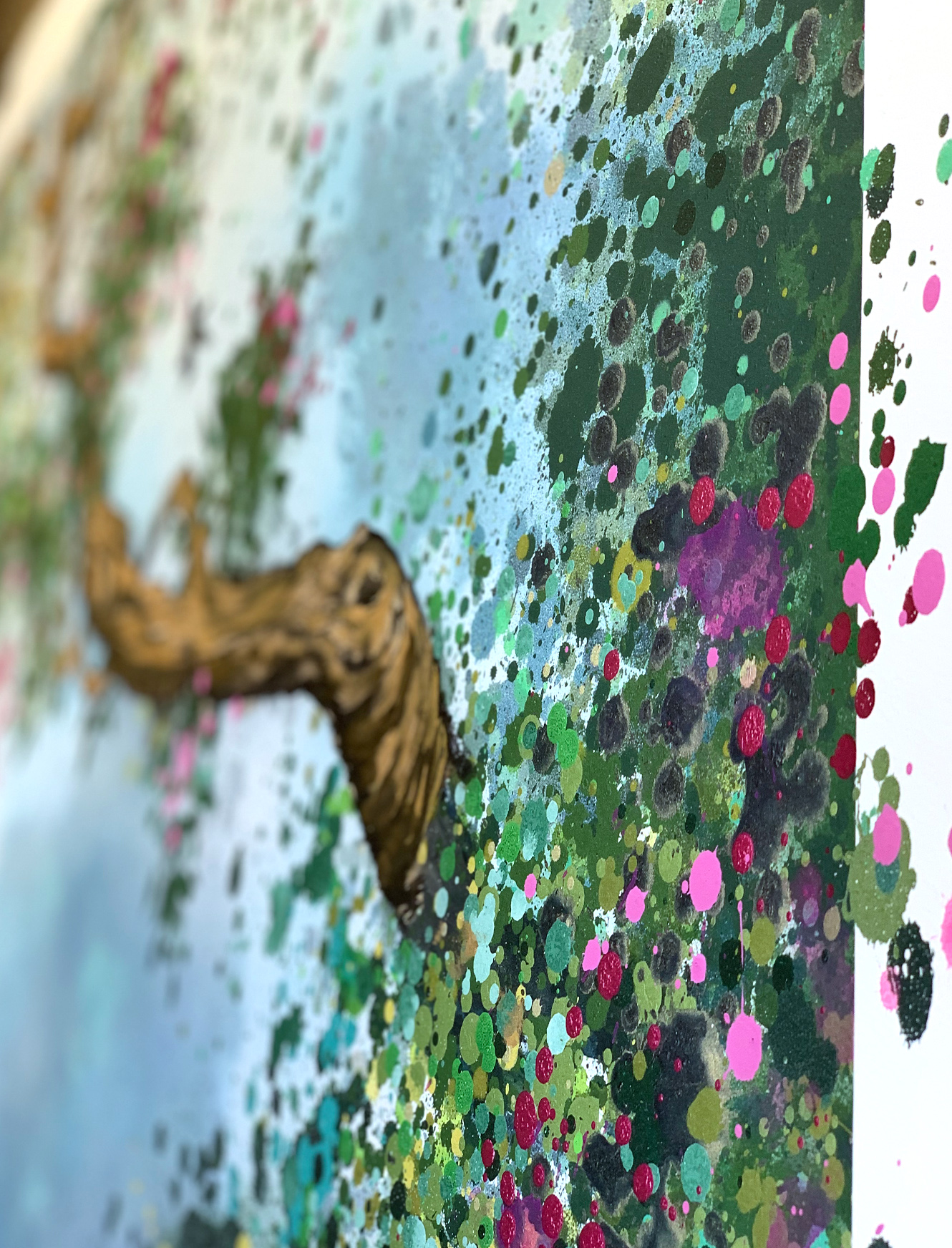 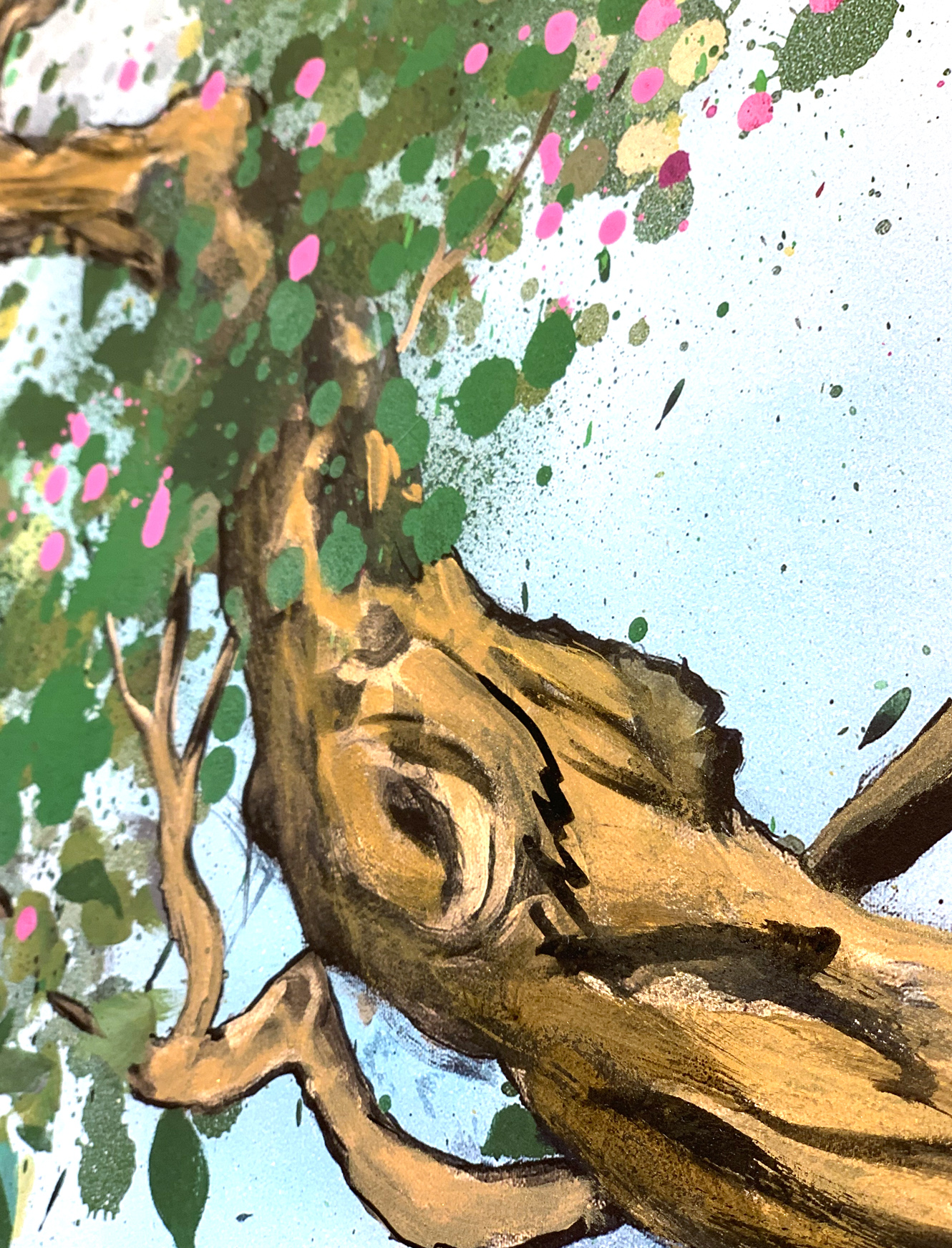 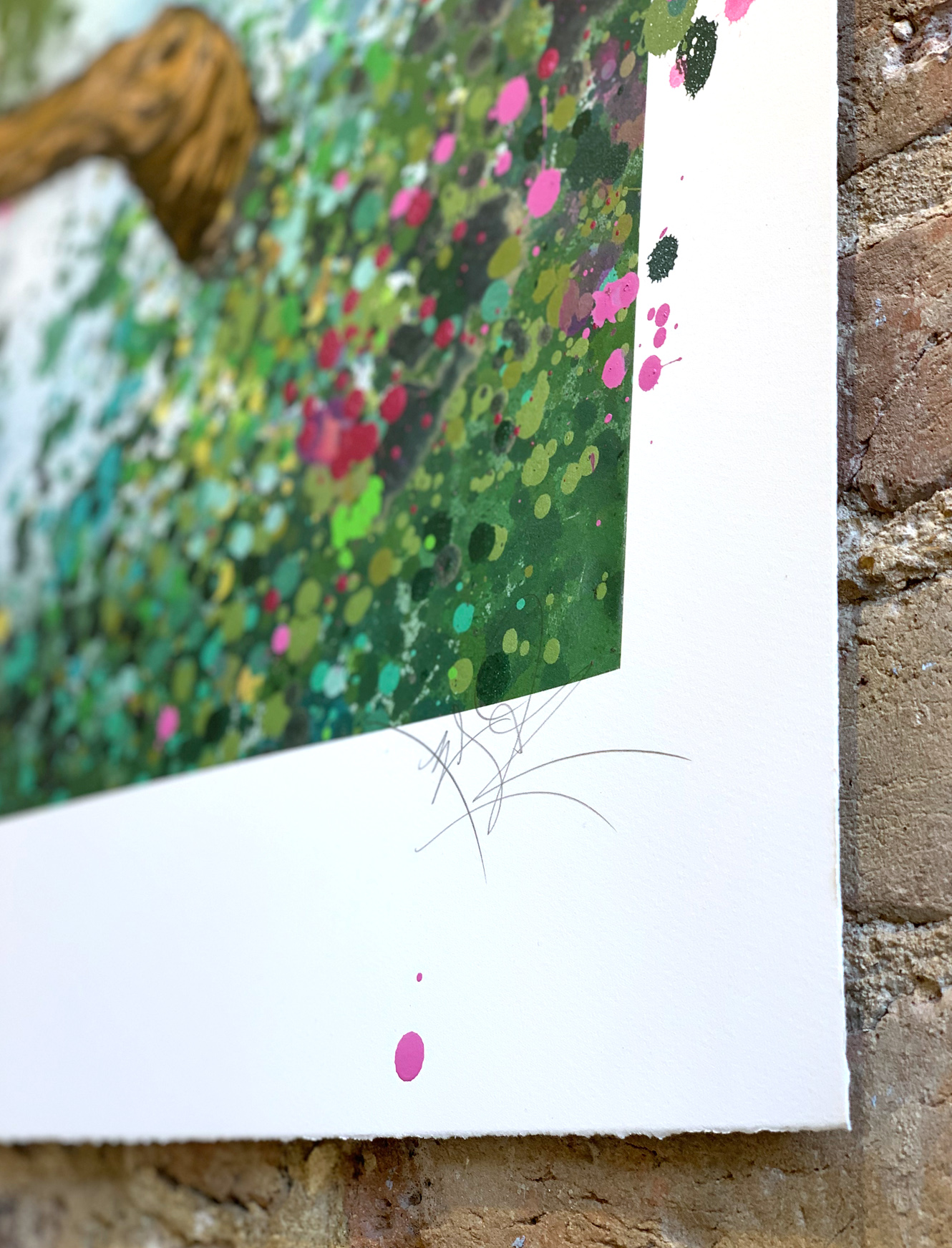 We are thrilled to announce the release of a brand new edition from acclaimed street artist Xenz this Summer at Nelly Duff, ‘The Golden Branch’. A landscape piece that epitomises the symphonic, multifaceted compositions that Xenz is so celebrated for, ‘The Golden Branch’ showcases the naturalistic and subtle techniques that have resulted in so many sell-out editions.

This Saturday we will be releasing not just one edition, but two! A standard edition that will be perfectly placed on any wall, as well as a show stopping XL hand finished edition. Both editions utilise the best in contemporary print technology to bring out the vibrancy of the ink, as well as to expand the composition onto the borders of the print to create its own trompe l’oeil effect.

Each XL edition has been hand finished using a mixture of 22ct Italian gold leaf, variegated metal leaf and iridescent acrylic paint to give the hummingbirds a jewel-like appearance. The branch itself is adorned with acrylic liquid metal gold paint and black ink detailing to bring out the strength and contrast against the delicate leaves and accompaniments, as well as surrounding pink spraypaint petals. Got all that? Good. Its going to be an absolute scorcher.

Can't wait for this release?