Nelly is super pleased to be hosting the launch of issue 28 of Very Nearly Almost magazine on Thursday 20th November from 6-9pm, at our Columbia Road Gallery.

Nelly has watched this highly sought after and collectable magazine grow and develop via their small but incredibly talented and committed editorial team. Every issue profiles some of the biggest names in outsider art, muralists, illustration and design culture gloablly.

Cover artists have included Shepard Fairey, Eine and Faile to name but a few. The issue features the work of REBEL8 designer Mike Giant, with his iconic monochrome tattoo-inspired artwork on the cover.

VNA will be releasing a Limited Edition box set of Screenprinted editions, a real collector’s treasure. If you would like to find out more about VNA before the launch, click here for a neat little interview the team did with the Hundreds… enjoy!

If you’re around we hope to see you next Thursday, but be warned it could be road blocked judging by the rpevious releases. Nelly Duff’s doors are open 7 days a week, so pop in and say hello when you’re next in the neighbourhood. 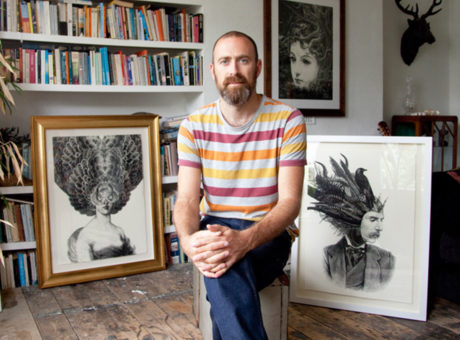 Dan Hillier in his studio 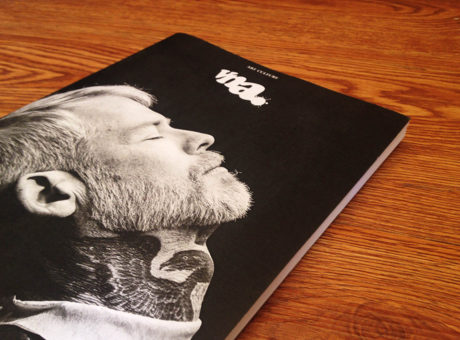 Also featured in this issue in an exclusive interview with Nelly Duff’s very own Dan Hillier. Dan has enjoyed recent success with the much lauded Album artwork for the No.1 Album for Royal Blood. Dan continues to develop beautifully captivating screenprints. Nelly Duff is working on a new special edition of Dan’s work, and although we can’t reveal what this is yet, we urge you to watch this space… 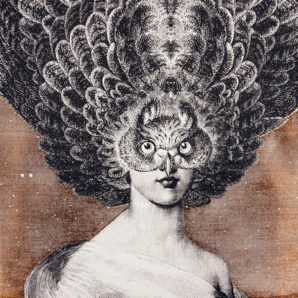