Illusive to the end, DAIN has been a stalwart of New York’s Street Art scene for years, and even though you can find his work exhibited internationally in world-renowned galleries from Portland to Paris, he hasn’t lost his passion for pasting in his home neighbourhood of Brooklyn. Although he was tagging from an early age in Brooklyn, he began wheat pasting about ten years ago, spurred on by friends doing the same. Having already been doing a lot of t-shirt screen printing, the move into screen printed artworks and original pieces came naturally and to great applause. Since then, DAIN has developed an international and incredibly devoted following (37,000 and counting!), thanks to the rise of social media, although as a self-confessed nostalgic, he doesn’t think much of Instagram or Facebook. 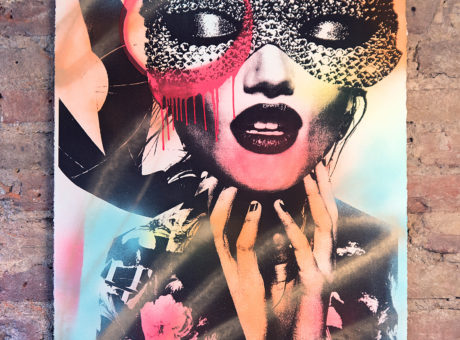 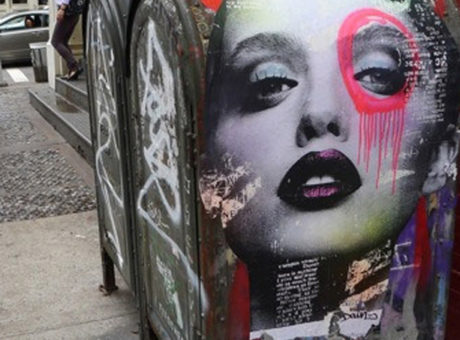 DAIN's work on the streets of NYC

Visually, DAIN finds his inspiration in the faces and languid stares of 1940s and 50s Hollywood starlets, often combining them with new bodies and limbs. His dramatic, graphic and often provocative collages combined with skilled and confident spraypainted finishes produce a striking homage to both his time as a graffiti artist and his admiration of somewhat old-timey ideals and aesthetics. His signature ‘dripping circle’ motif graces most of his works, although, in typical modest street artist fashion seems to be unaware that his worldwide fanbase is fascinated by his trademark circle, deeming it ‘just something’ he does. 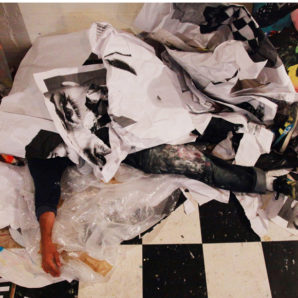 Taking a break in the studio 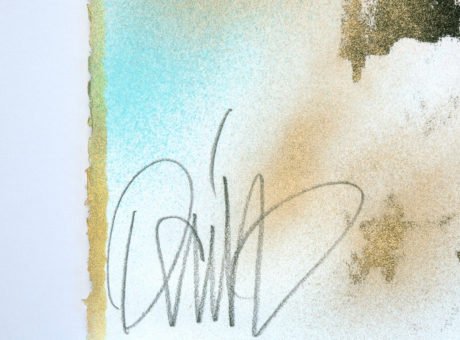 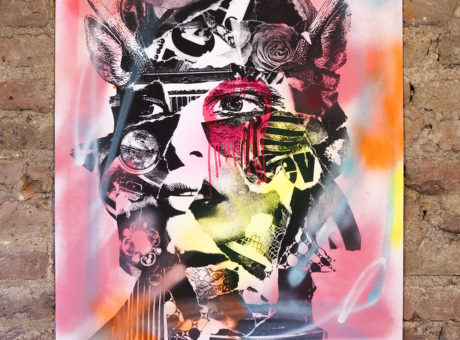 At Nelly Duff we are enchanted by DAIN’s work. As a gallery that promotes not only street art, but printmaking in all its forms, DAIN ticks all our boxes. This street art icon is a prime example of how in recent years, our favourite names in street art have transcended artistic boundaries to find themselves and their work as well respected in the fine art community as in the streets where they began their careers. DAIN, the mysterious man he is, and authentic street artist throughout, likes to keep his history in the past, but it doesn’t take a lot of digging to understand why his fans rush out as soon as they see a new artwork pasted up on the streets of NYC to snap it before it is tagged over. 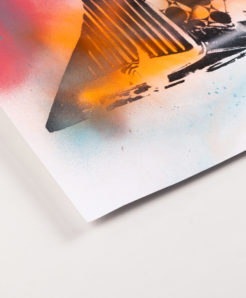