Please note there may be a slight shipping delay as we are experiencing high volumes of orders at the moment! 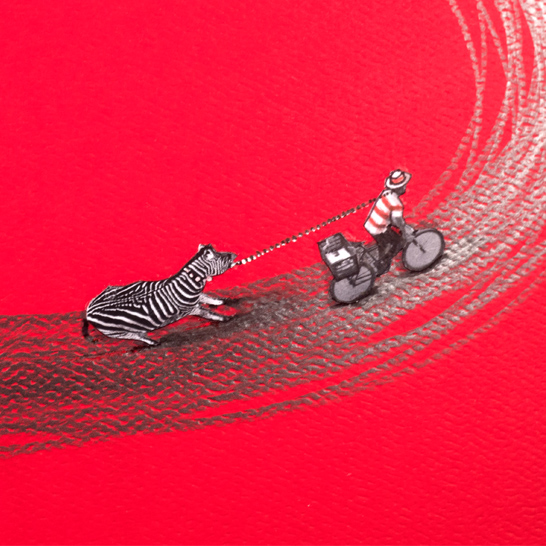 Mexican Born artist Pablo Delgado moved to London eight years ago to pursue a career in art, never expecting for it to flourish the way it has.

Delgado’s work plays with public perception, creating visual illusions from his bizarre parallel universe of cut and pasted figures. Starting by pasting small doors on walls, this developed into his signature motif of miniature characters.

Since expanding his media range, he has shown his installation works internationally, from Canada, L.A. and London.